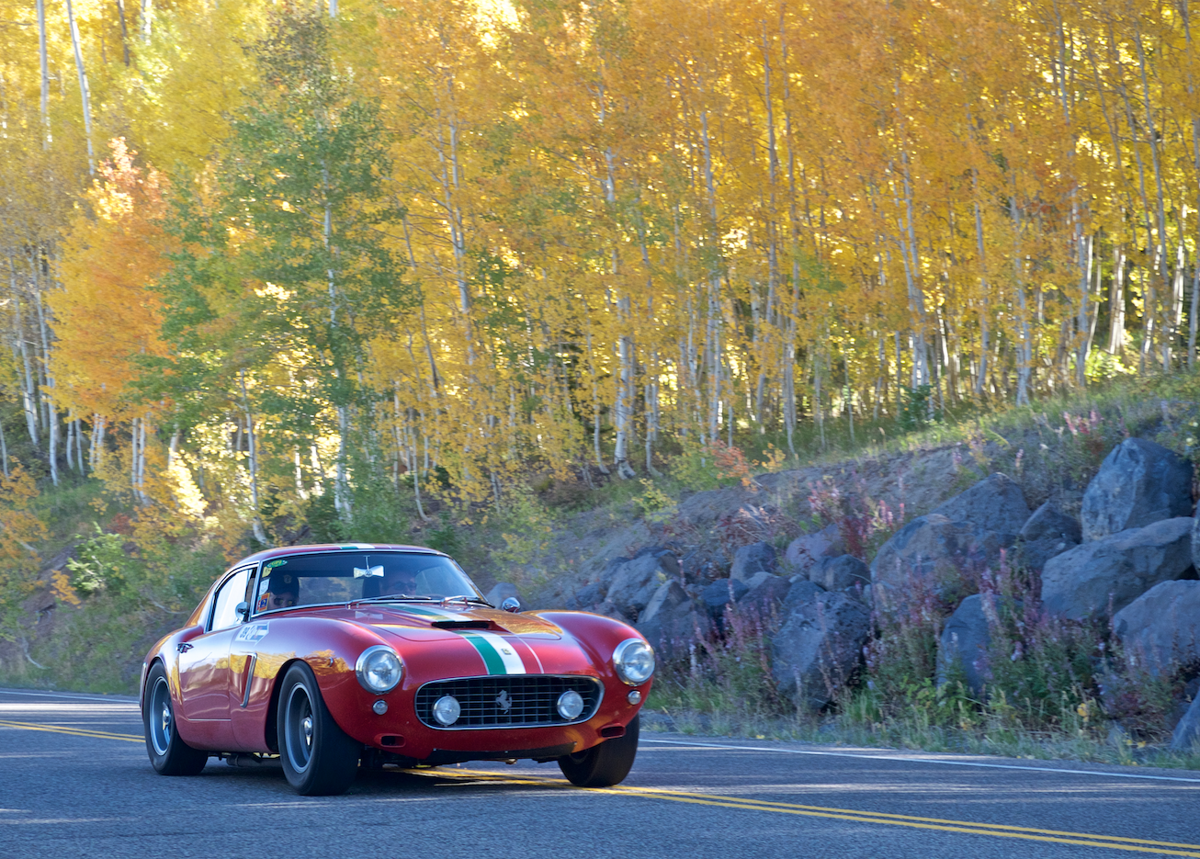 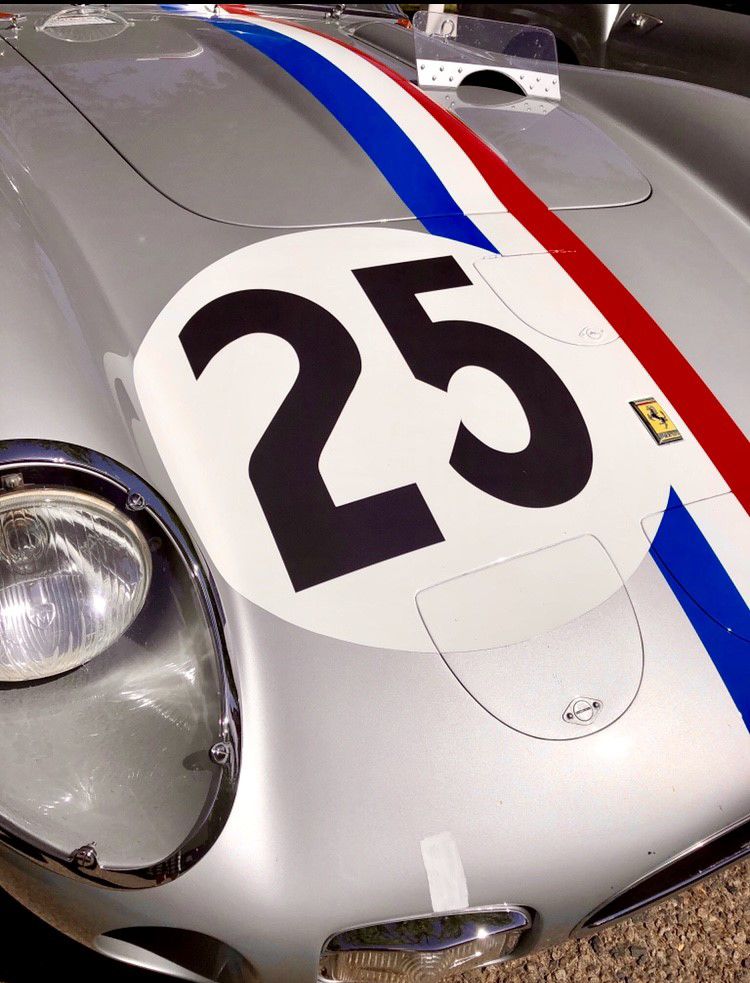 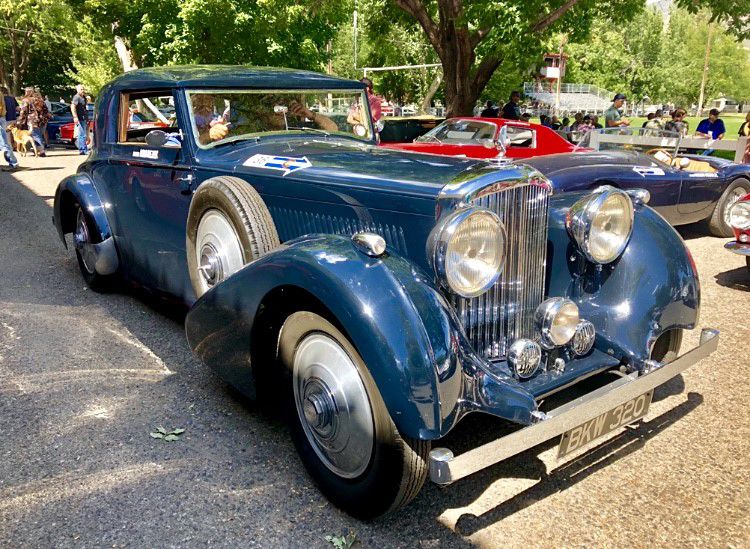 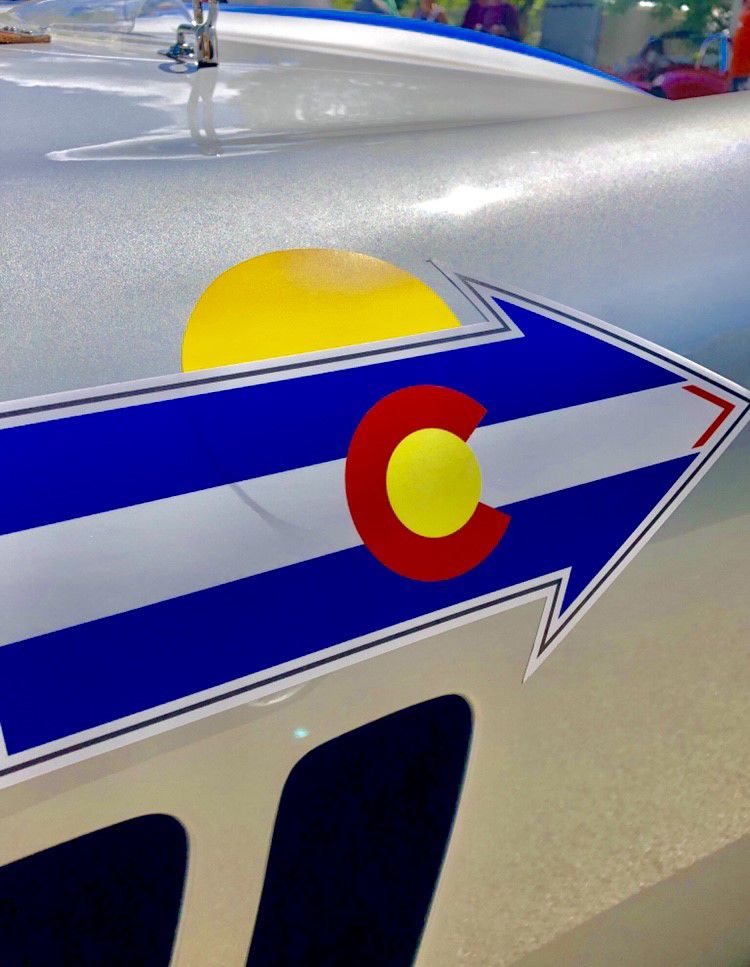 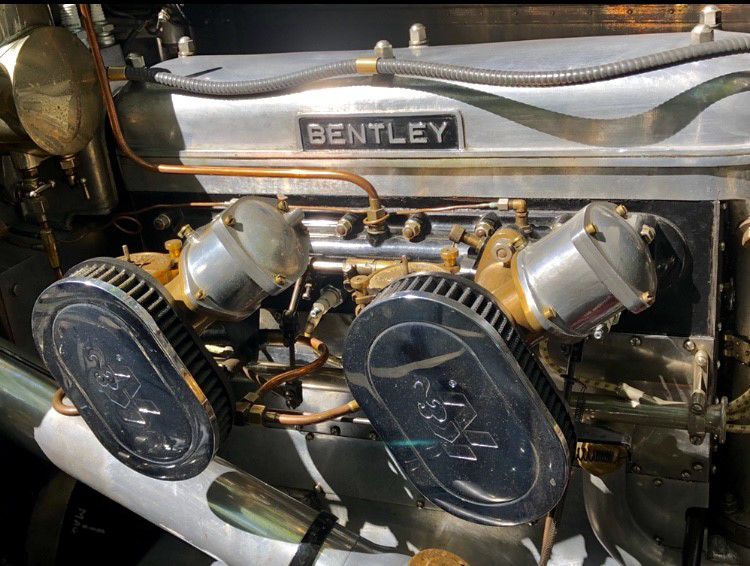 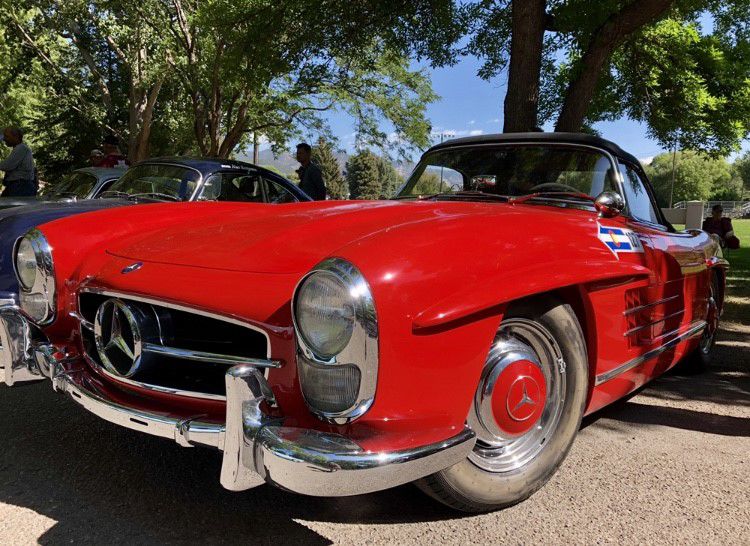 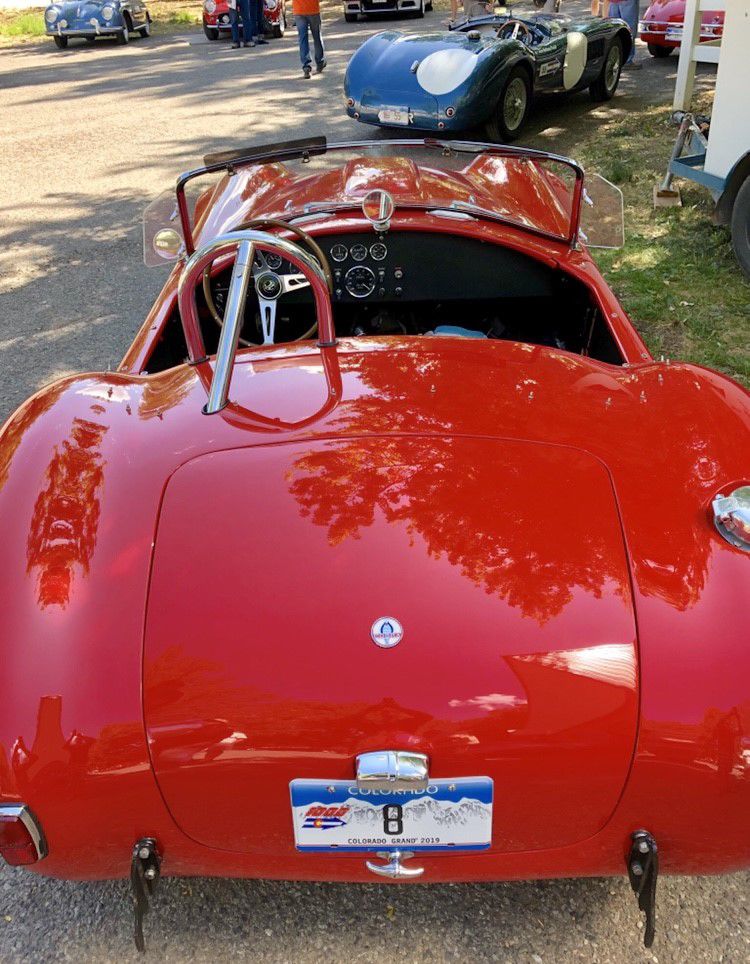 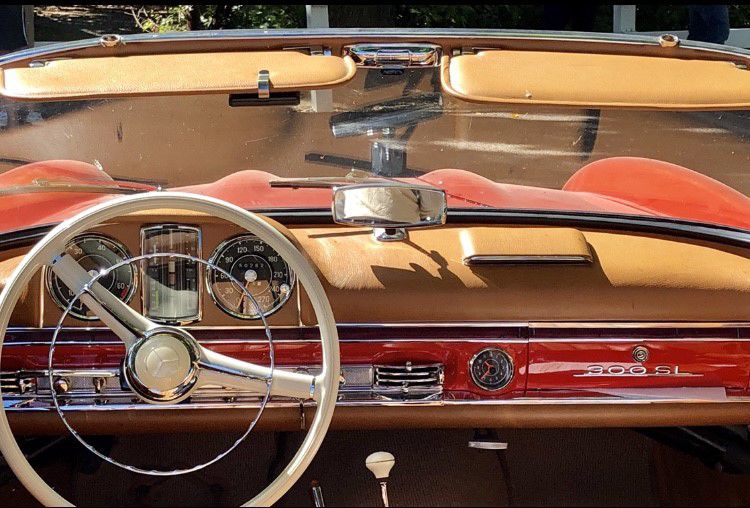 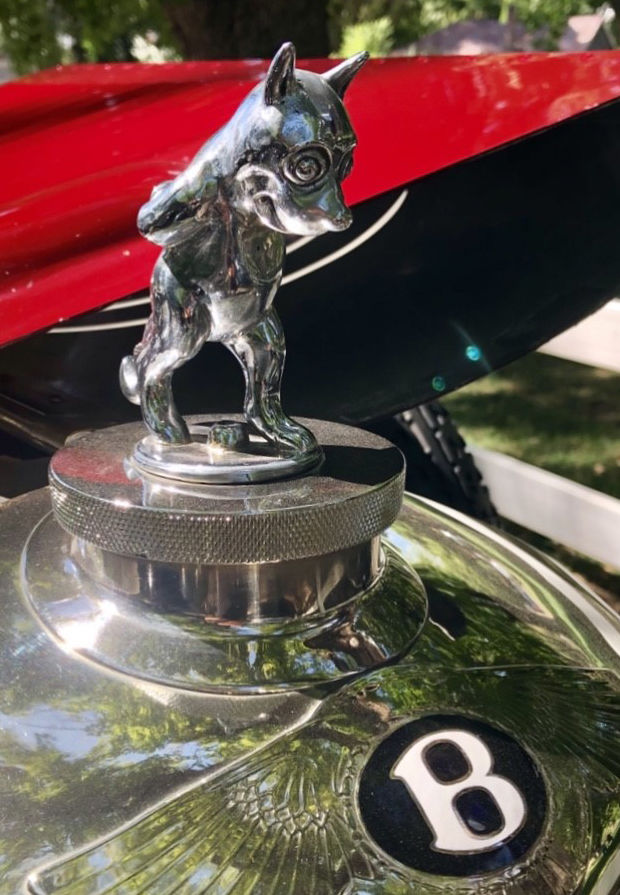 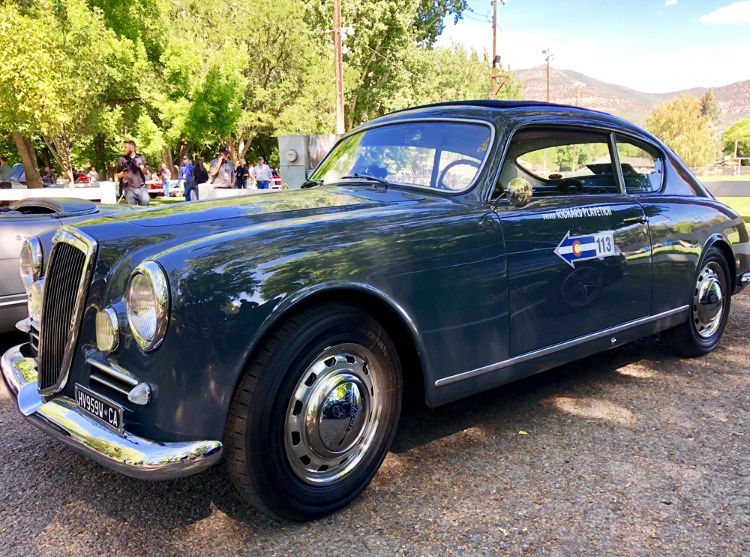 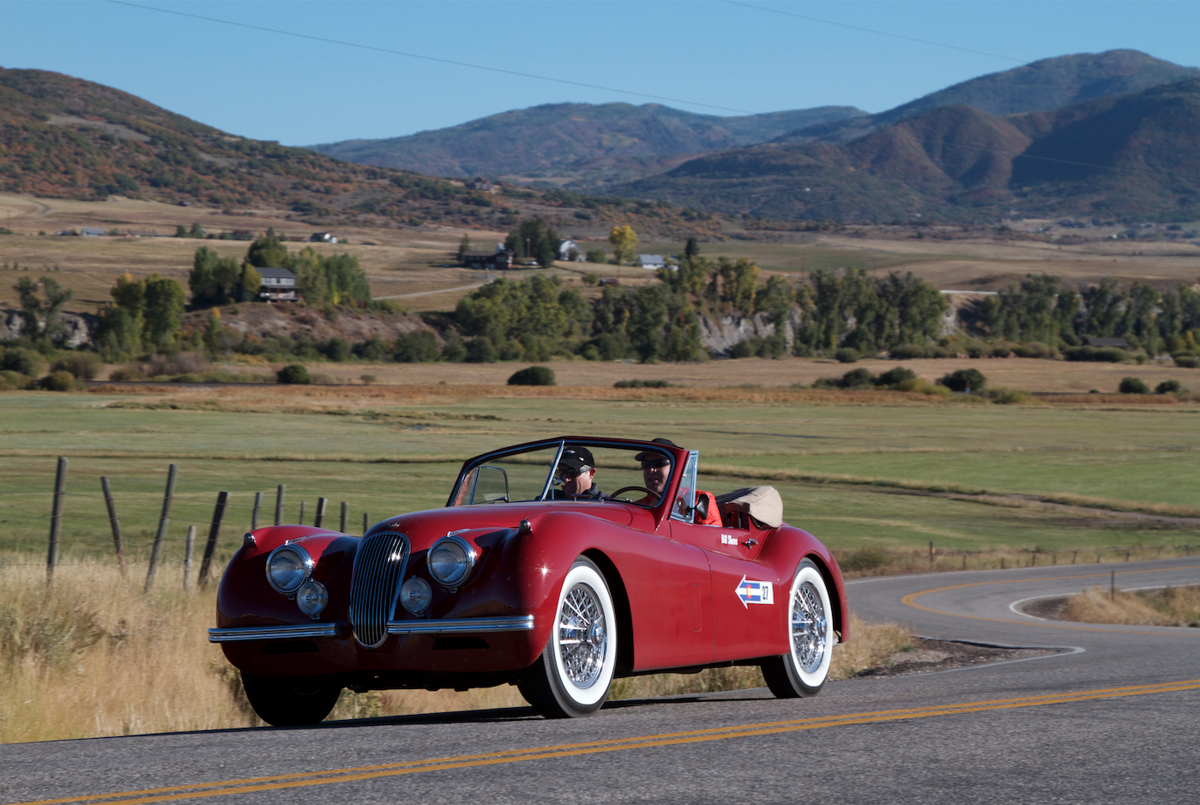 September brings fall color to Western Colorado and the first turnings of the aspen leaf signals the arrival of some colors of a different kind to the highways and byways of our mountains. The Colorado Grand will soon come roaring through some lucky towns on the Western Slope and they bring charity and goodwill with them wherever they go. For the past thirty years, the tour has contributed well over 6.5 million dollars to Colorado charities and small towns in Western Colorado. Delighted travelers and residents along the way are treated with unexpected glimpses of rare vintage sports cars and occasionally a chance to get up close and personal with them.

If you’ve lived on the Western Slope long enough, you’re likely to have caught sight of the Colorado Grand Tour. Sports and race cars, that qualify as “cars of distinction” from 1960 and earlier, journey from all corners of the world to gather in Vail each September for the start of their annual adventure. There they are given tour books where the secret route for the year is finally revealed. The route takes the drivers and their navigators on a five-day trek across mountains and through valleys, where they may even be able to open up their performance vehicles and run them as they were intended, if only for just a stretch. Their journey will eventually lead them back to Vail, but not before passing through several small towns and enjoying the historical aspects and offerings of locations along the way.

The original tour took place in 1989 and was a 1000 mile trek structured to coincide with the fall colors and featuring a route that showcased many spectacular aspen groves. Englewood automotive enthusiast, Bob Sutherland, founded the event and every September, approximately 85 vintage automobiles show up again to explore a new route each year. The international participants, and occasionally a celebrity or two, will bring their polished Ferraris, Porsches, Bugattis, Alfa Romeos, Bentleys, Aston Martins, Jaguars, Maseratis and many other rare and exotic makes to join in the fun.

Drivers pay a substantial fee each year to enter and after costs are met by the local organizers, well over $500,000 is donated to small Colorado Charities and local causes in the towns that they travel through. In Paonia, the Paradise Theater received a large sum from the group during the theater’s campaign to transfer from 35mm to a costly digital projection system. One graduating senior, in each town they stop for lunch in, will receive an $8,500 scholarship. The would-be scholarship candidates are asked to help serve lunch where they can meet their potential benefactors.

Another group that greatly benefits from this event is the Colorado State Patrol. Each year, the patrolmen vie for a spot to assist and accompany the tour. The officers are honored to help with this event because the Colorado Grand has donated over 2.5 million dollars to the widows and orphans of fallen troopers. In addition to the Colorado State Patrol Family Foundation, they also contribute to the Robert Sutherland Foundation, Flight for Life, CASA, and many local facilities in small towns on the Western Slope.

Lake City, Walden, Paonia, Salida, Ridgway, Hotchkiss, and Meeker are just some of the forty small communities that have benefited from the tour. The drivers particularly enjoy passing through the North Fork Valley, when the route directs them here, because of the bountiful local harvest that coincides with the rally. This year, the group will stop in Paonia Town Park and have lunch served by members of the Ute Car Club and some graduating Seniors who will be on their best behavior.

By the time this article is published, the event will just have taken place. The top-secret route laid out in the tour books, that are handed out at the start of the event, is only known beforehand to a select few organizers. This secrecy is done to discourage hordes of spectators lining the route which would be counterproductive and would detract from the spirit of the tour. However, the participants are more than happy to see local folks and school children come out to admire the cars and to meet the owners when they do show up unannounced in some lucky small town. If you weren’t fortunate enough to catch the Grand this time around, keep your eyes peeled and your ears tuned to the road next year when color once again returns to the mountains.