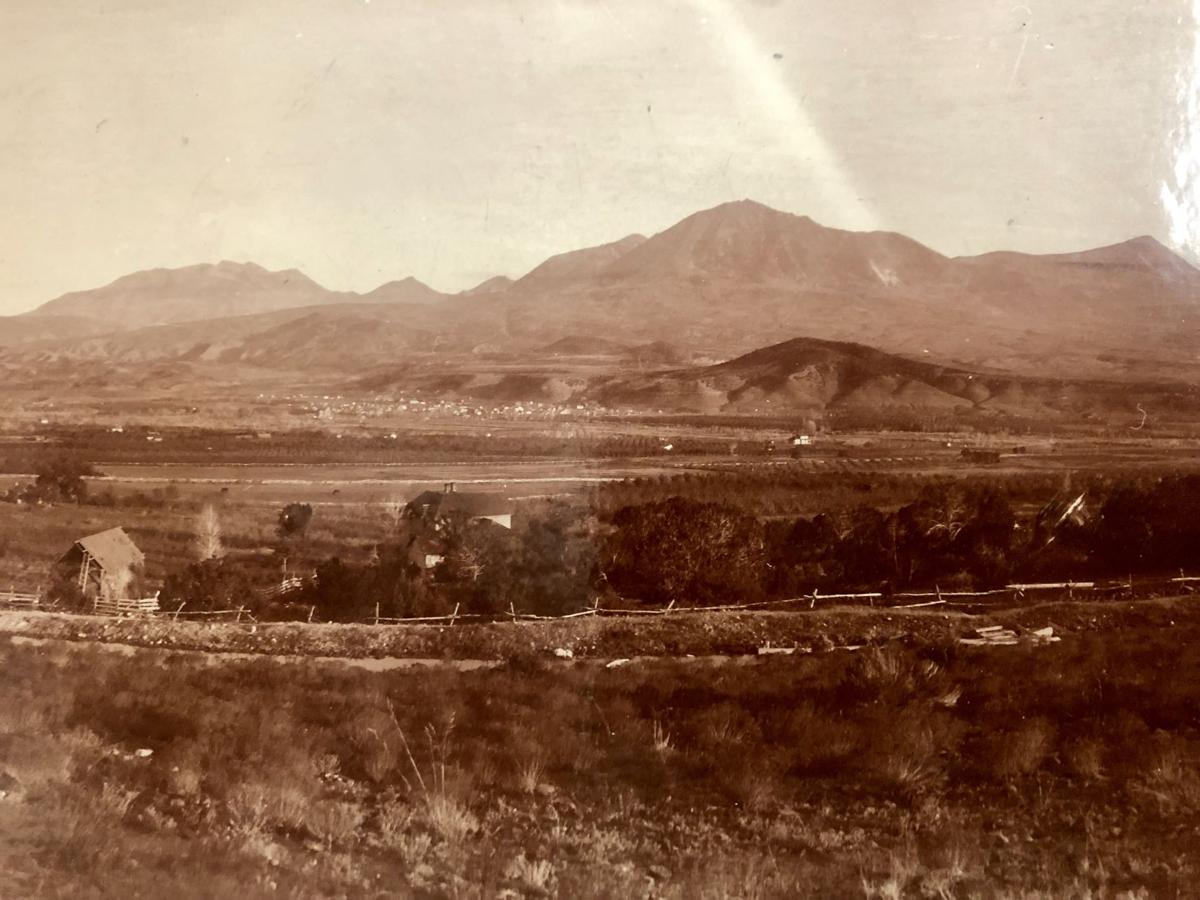 Land for grab in the North Fork Valley 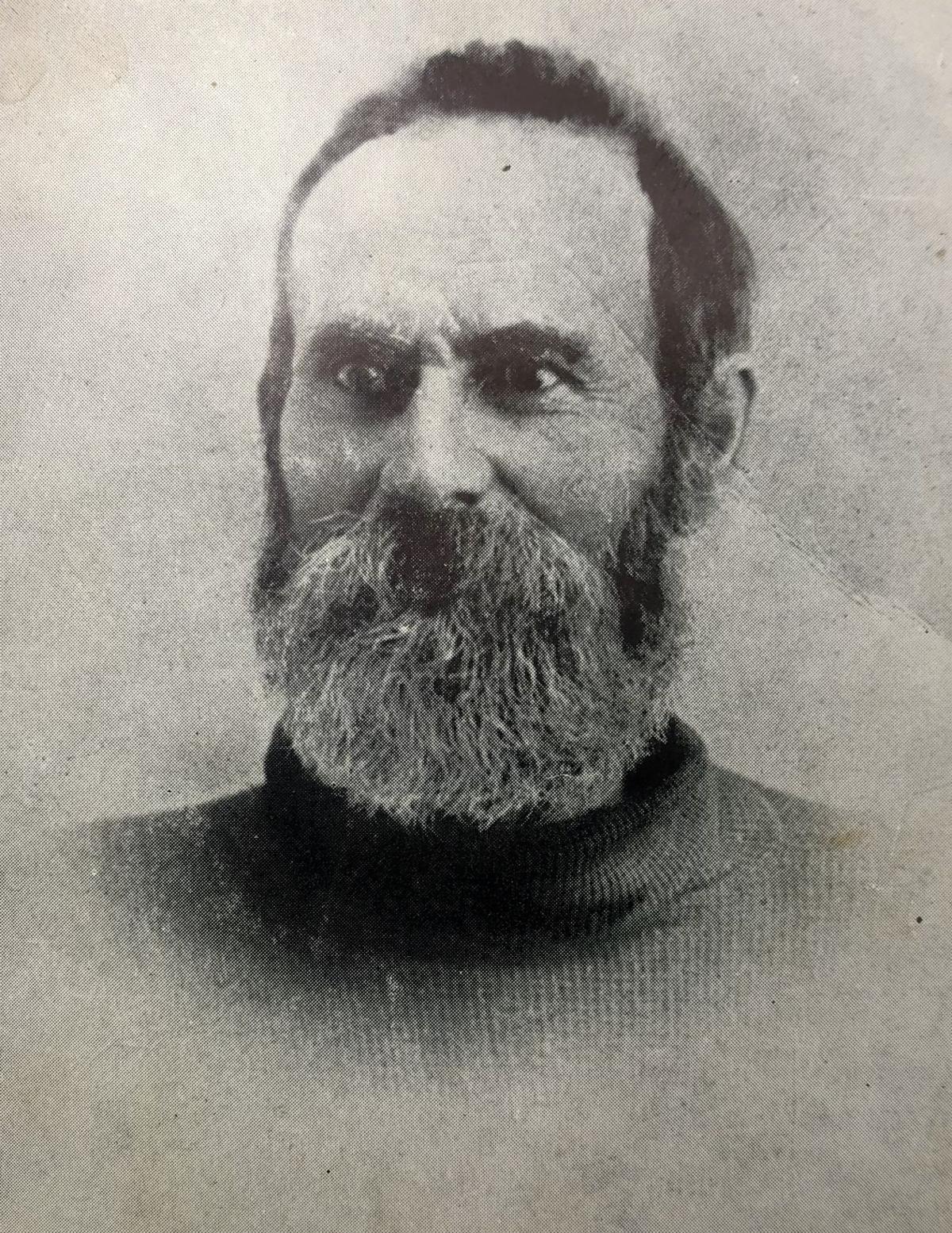 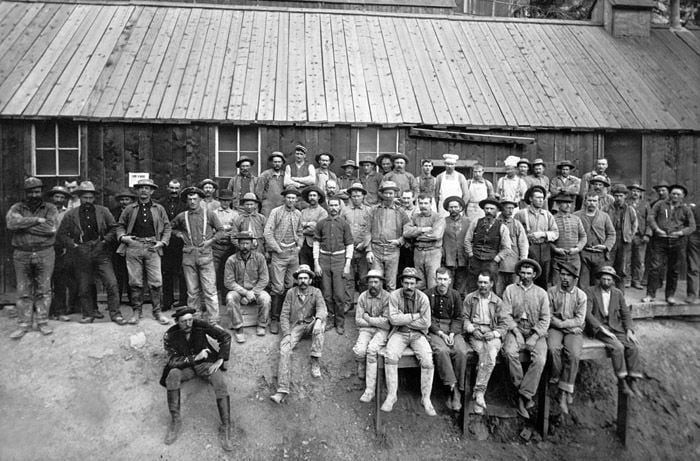 The Golden Fleece Mine near Lake City 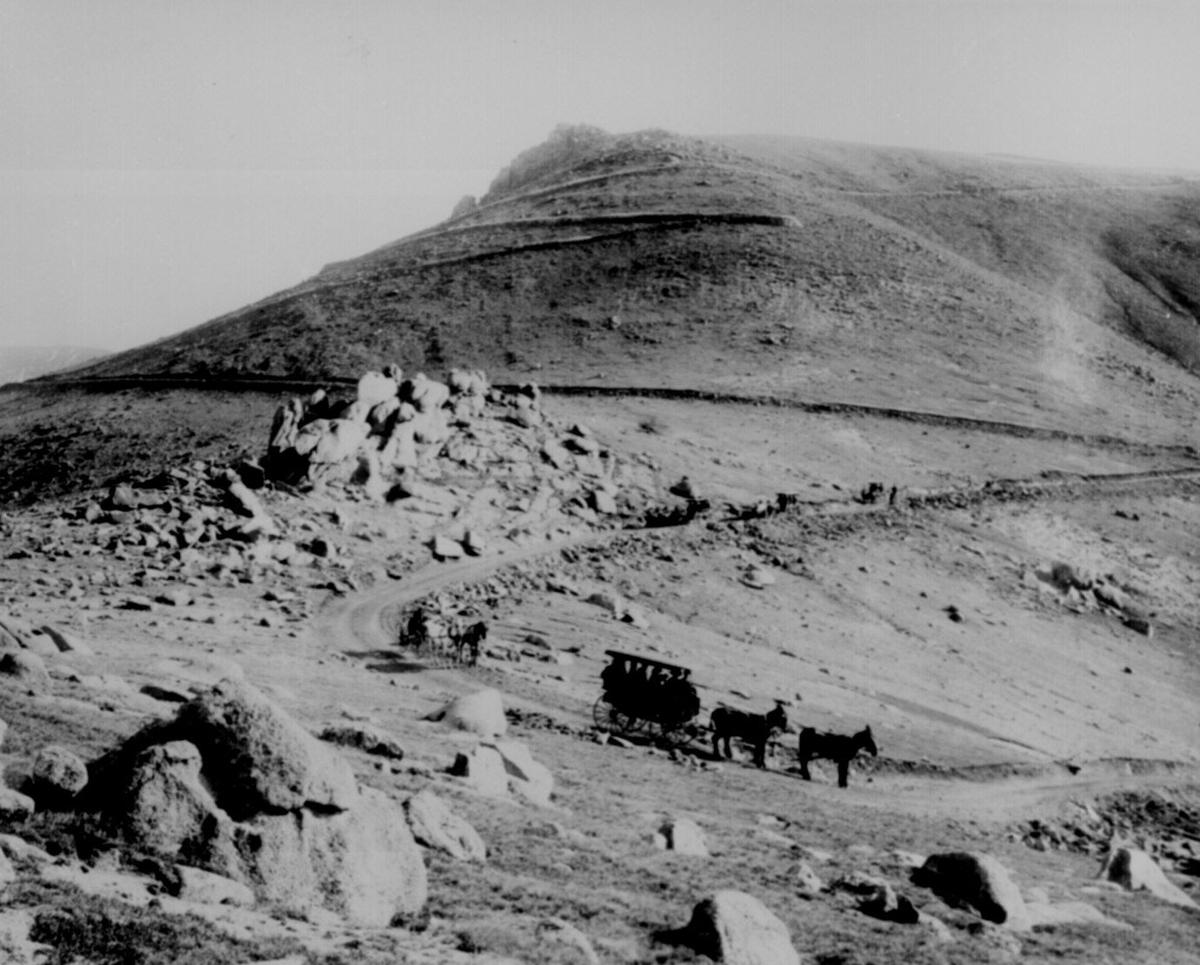 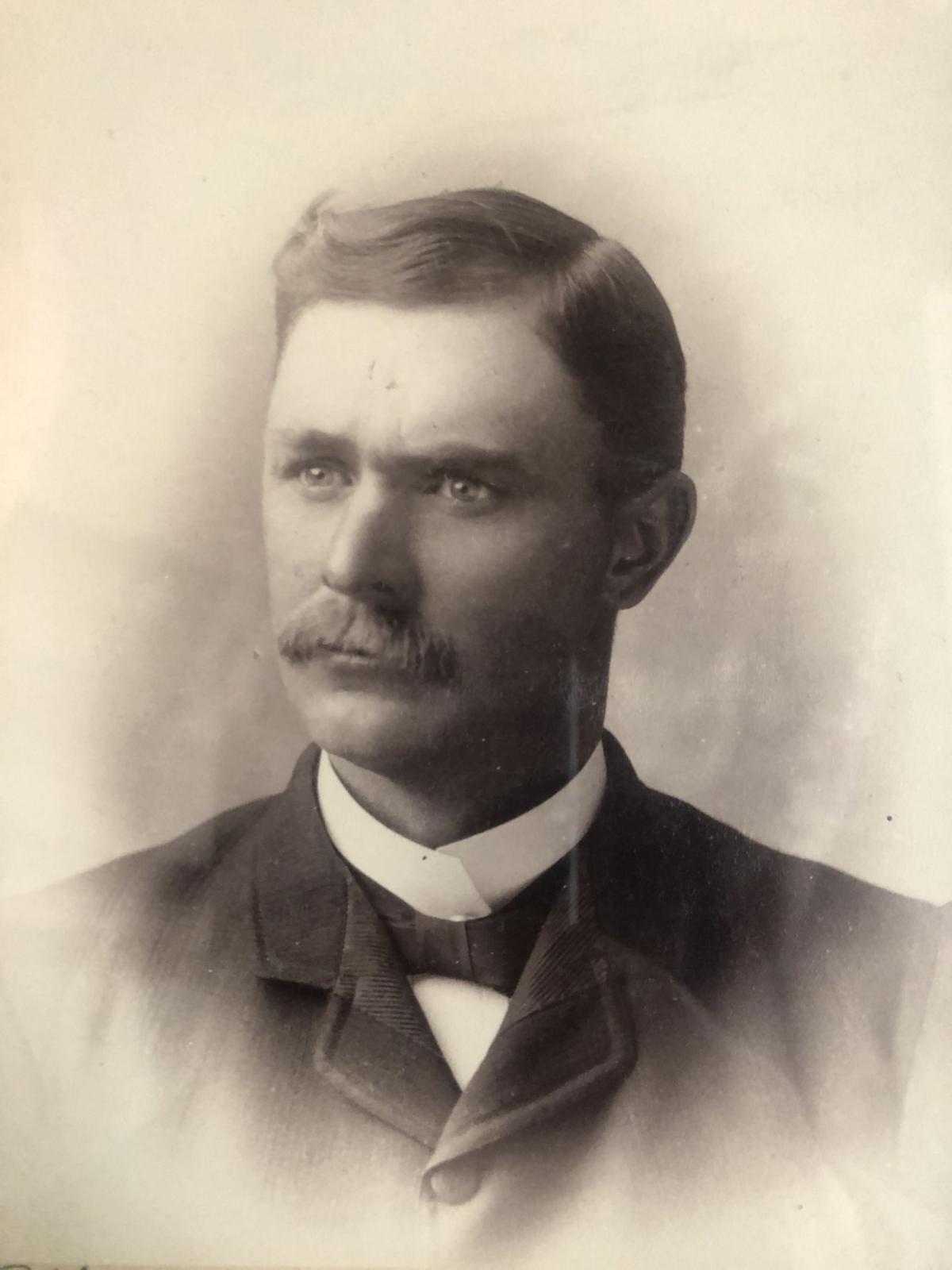 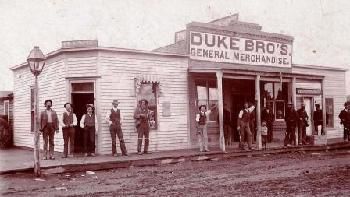 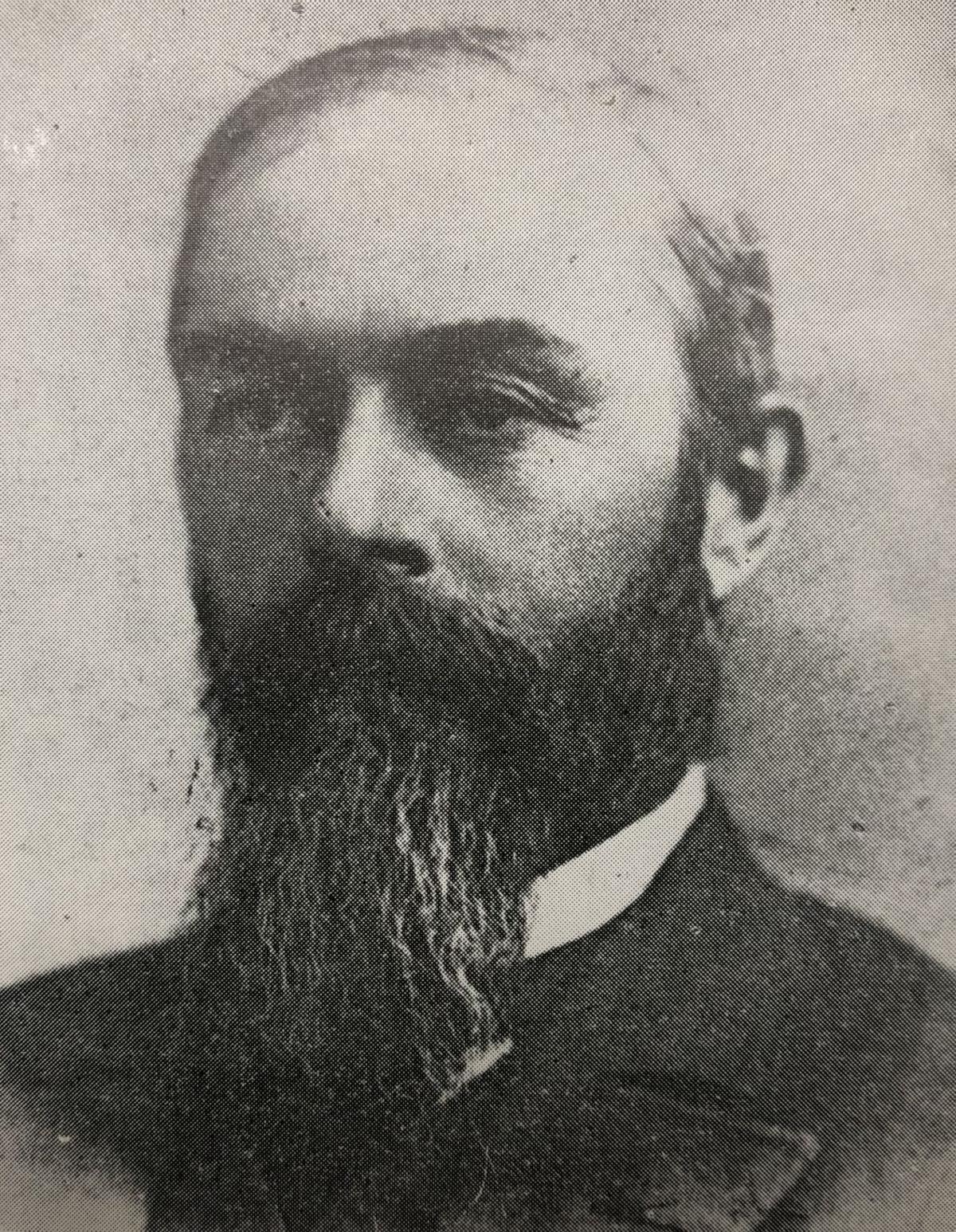 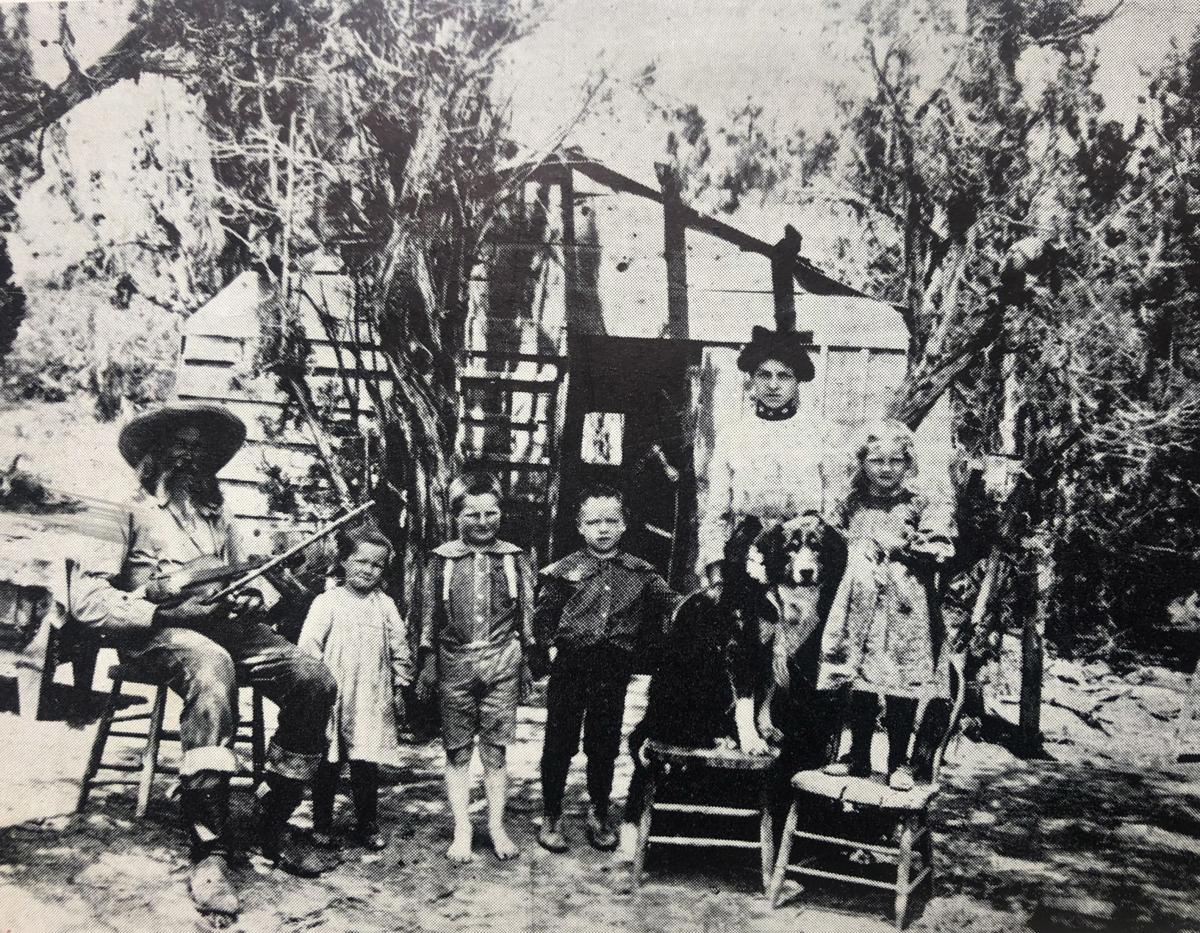 Fiddler and his audience in early Paonia 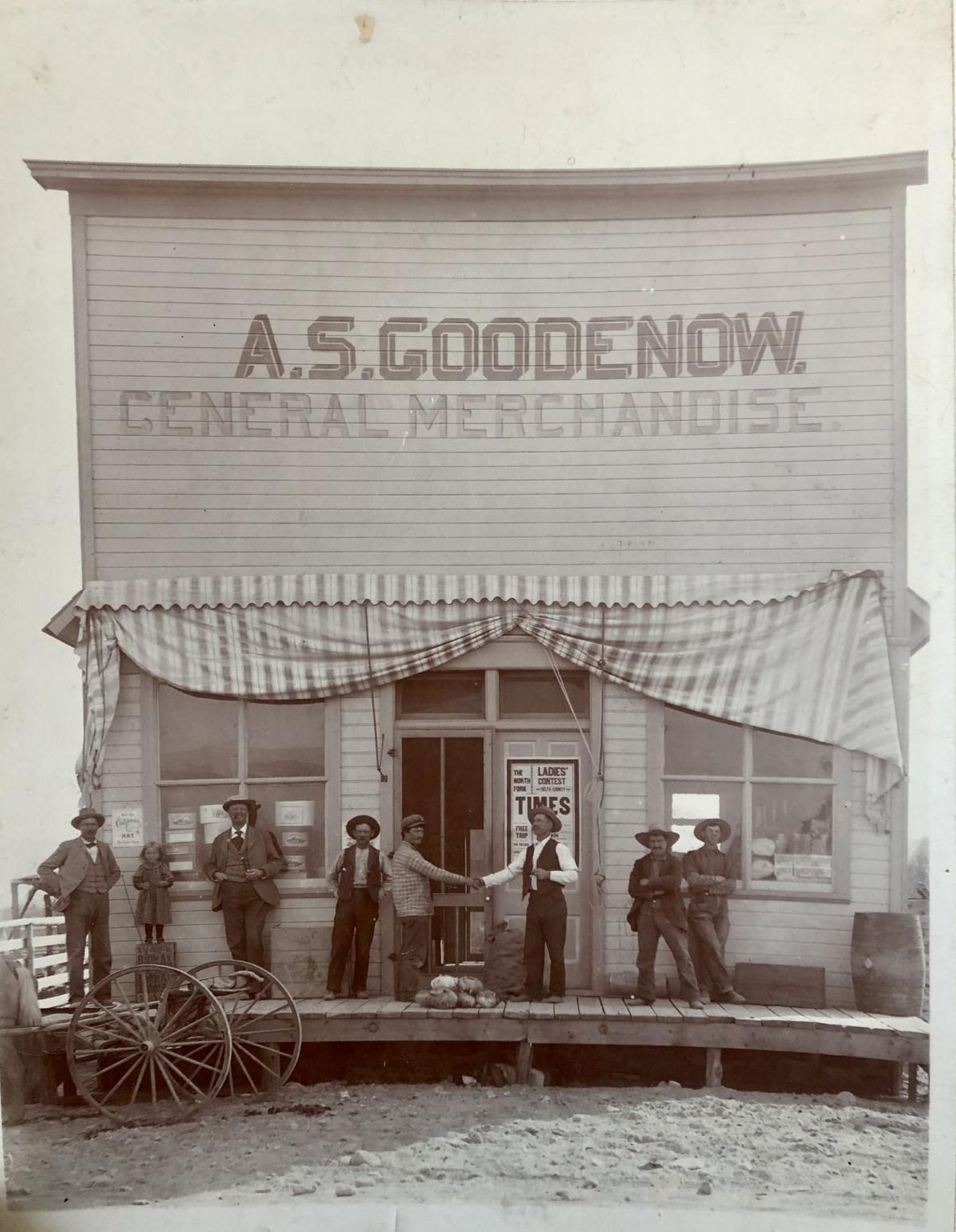 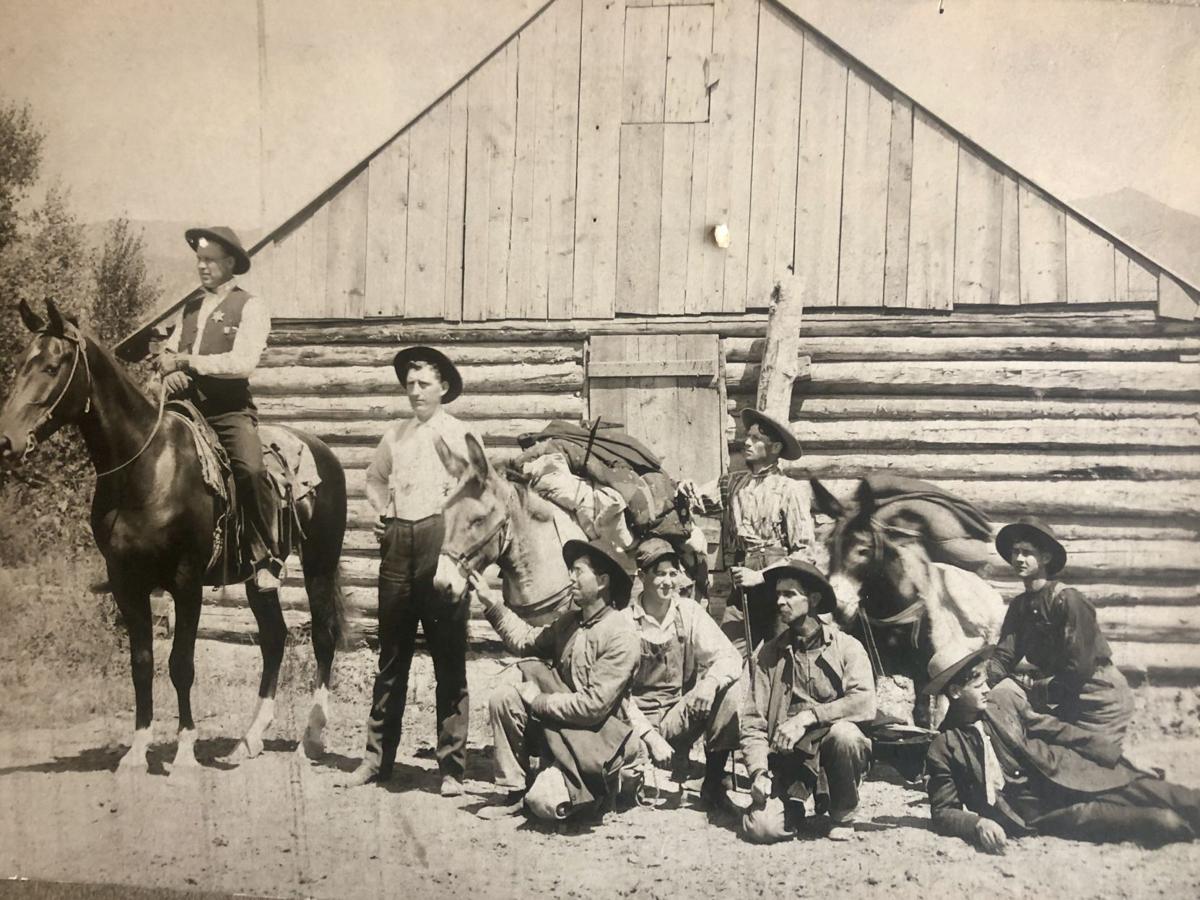 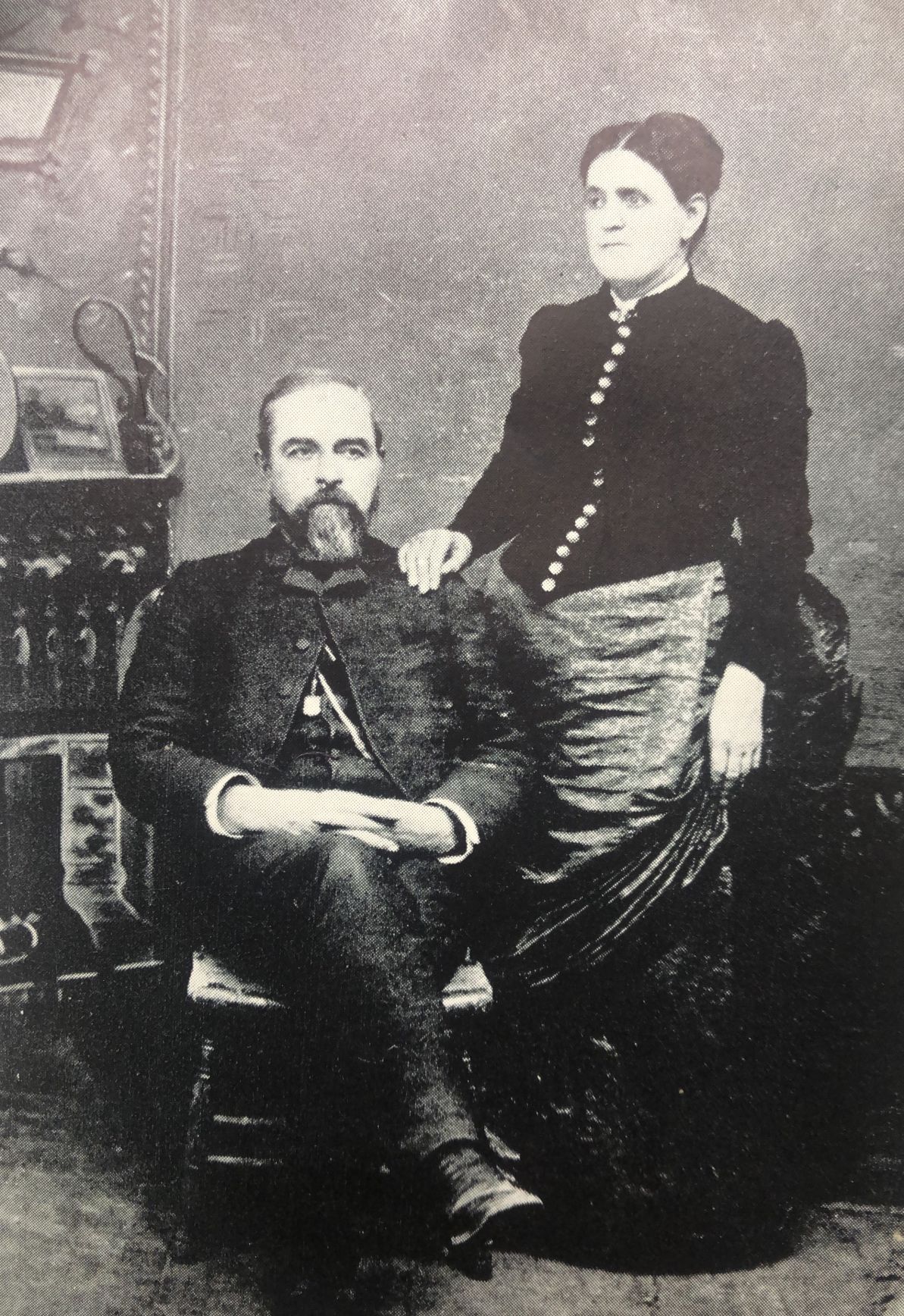 The Wades in their home 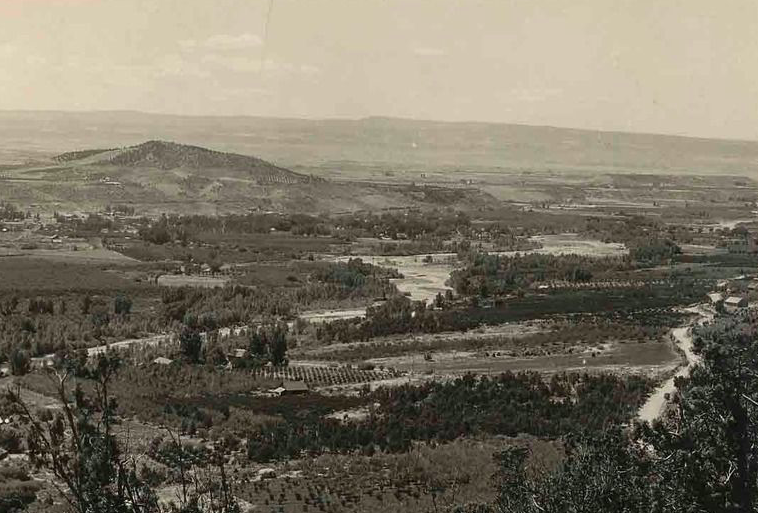 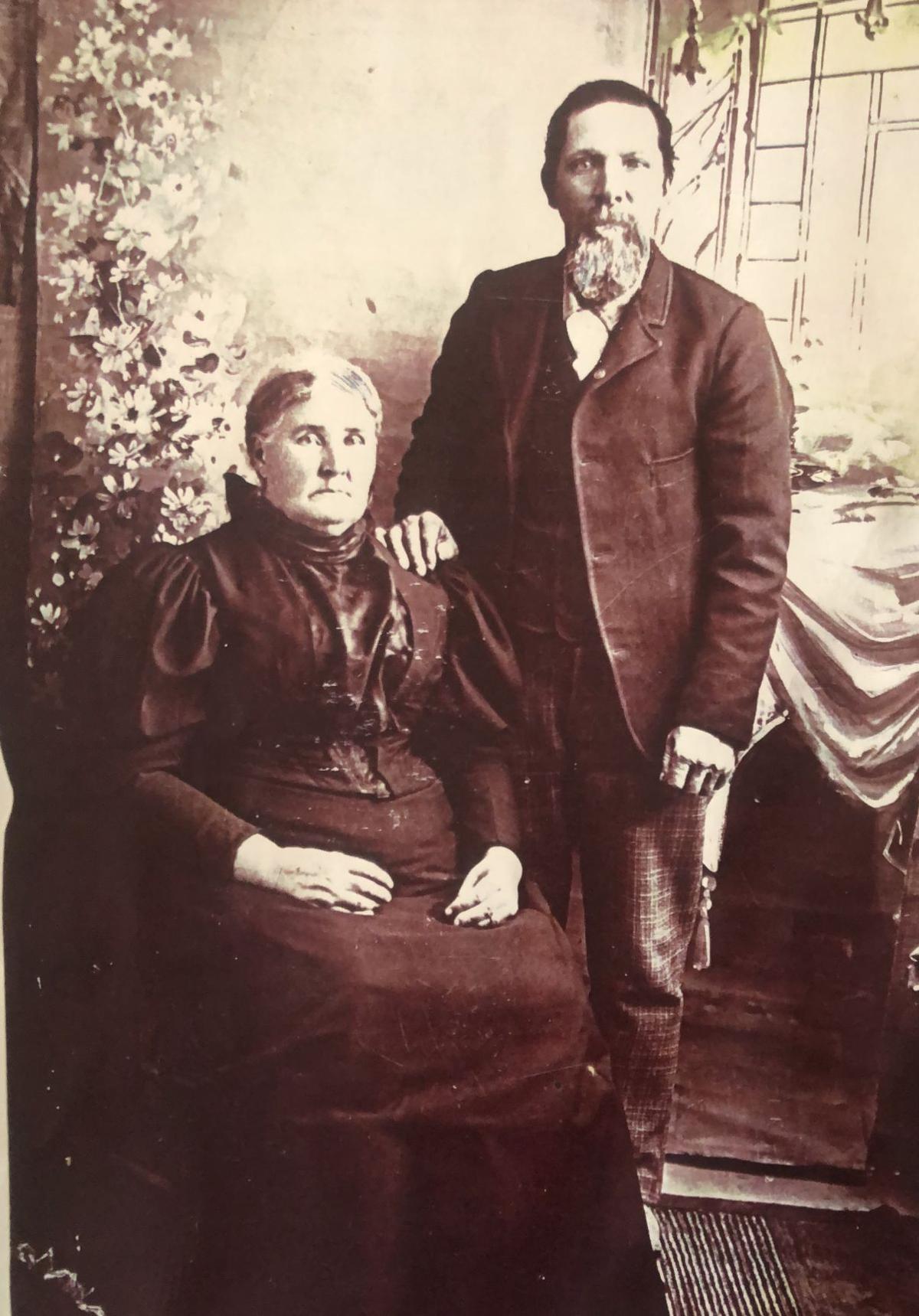 Following the unfortunate events at the White River Indian Agency, word that the Uncompahgre Utes would be removed from their ever-shrinking reservation in Western Colorado spread like wildfire among mountain men seeking pockets of gold in the San Juans. Some of these mining camps had boomed to bustling townships and the lure of virgin land was irresistible to restless spirits like Enos Hotchkiss, discoverer of the Golden Fleece Mine. As he contemplated news of the unclaimed territory, he must have sensed that he was on the brink of making yet another golden discovery.

Hotchkiss had learned about the opening of the North Fork as early as 1879 and that August, rode into what was still Indian land. It wasn’t long before he encountered riders, who spotted him and turned his way. Luckily, he recognized one of the Utes, called Indian Charlie, nephew to his friend, Chief Ouray. Some years earlier, Hotchkiss had interfered on the young man's behalf, in an altercation between Charlie and three drunken frontiersmen on the toll road to Lake City. Enos relaxed the grip on his rifle as he was allowed to pass. He would spend the next month on the reservation, quietly scouting the area.

At the edge of what is now Rogers Mesa, Hotchkiss took in the sight of the North Fork Valley below him for the first time. In the distance, he spotted an Indian camp near the present site of Paonia. However, what caught his eye was a great golden field of late-season corn that lay below, alongside the river, and he vowed to return and claim the land for his own.

In the fall of 1881, the territory was opened and the first settlers entered the area. The way from Lake City to the North Fork Valley was over Black Mesa and a group of land prospectors, including Hotchkiss and Samuel Wade, set out to stake their claims. Other noteworthy names that journeyed to the valley that first year included William Clark, E.B. Quackenbush, Albert Goodenow, Sam Angevine, Will and George Duke and Dave Platt. These men would all become the subjects of stories that would be retold for generations.

During one of these early scouting expeditions, Hotchkiss, along with the Duke brothers, returned to Gunnison to retrieve supplies and left Dave Platt to guard their cabin alongside the North Fork, officially making him the first resident of Hotchkiss. Legend has it that an early snow complicated the way back, and upon their late return they found a wild-eyed Platt leveling a revolver at them amid a pile of open flour sacks and an upturned keg of syrup. They also discovered that he had killed and buried the dogs under the floorboards and had etched an account of his daily antics onto the front door.

The men found an escort to take Platt to the nearest rail station, in Gunnison, and bought him a one-way ticket to his home in Missouri. But, according to a letter from his sister that arrived some years later, he never made it home. Others have suggested that it is possible that Platt was overtaken by greed, not insanity, and that he may have attempted to jump the claim. This was an occurrence that would become all too common in the months to come. It’s possible that the dispute was settled with trial and sentence by way of frontier justice with no one else the wiser.

Meanwhile, Samuel Wade had his sights set on the upper end of the valley. He was of the mind that the land would be ideal for growing fruit and one look around the area today more than justifies his notion. After establishing his claim, he left his brother, Joseph, and son, Ezra, to over-winter in their newly built pioneer store, while he returned to Missouri to retrieve the rest of his family and several sapling fruit trees.

The winter of 1881-1882 was memorable for young Ezra and a handful of others, including Quackenbush, Angevine and Clark, who stuck it out in the east end of the valley as the temperatures bottomed out in single digits lasting for weeks. The solitude and cold claimed more than one mind that year as it is said that Quackenbush experienced a bout of insanity after months of talking with animals and what he claimed were, “all the ghosts of the valley”. Perhaps some part of the area's former residents remained after all.

In the spring, cold and loneliness were soon chased away as several families arrived to begin the task of building their communities. Wade took advantage of the open road over Black Mesa in late winter and hitched mules to sleds that would carry the precious bundled fruit trees. Among the varieties were: apples, plums, apricots, peaches, pears and cherries. Traveling was difficult, but the trees made it to Paonia and they found purchase in Wade’s fields, where fruit trees still blossom each spring in what is now Berg Orchards.

Wade applied for a post office in 1882 to serve the growing town. Rather than using his own name, he chose to use the proper Latin word for his favorite flower, the peony. The name was submitted as Paeonia, but an interfering postmaster took it upon himself to drop the “e” and forever dubbed the town as Paonia. There is some question of his Latin spelling to begin with, but fate has a way of putting things to rights sometimes.

Down valley, the ever entrepreneurial Enos Hotchkiss was busy establishing a cattle ranch and later tried his hand at sheep herding, which was taboo among cattlemen at the time. His fellow pioneers, the young Duke brothers, became a vital part of the community, where they opened the first bank, as well as a mercantile store, and developed most of the town lots. George Duke became the first mayor of Hotchkiss and is responsible for naming the town after their visionary leader. Albert Goodenow opened his own mercantile in Paonia, and over the next two years, both communities saw an explosion of commercial enterprise rise from the dust.

Before official law was established in the valley, the acquisition of property was upheld by a tenuous string between squatter's rights and good faith in neighbors. During the land rush of 1881, claim jumping became all too common. One notorious incident involved land just two miles west of Paonia claimed by the McIntyres, who had property adjacent to Sam Angevine’s, one of the original settlers. After a dispute, Angevine had some accomplices take the McIntyre’s ranches and, in an escalation of claim jumping and soaring tempers, Angevine shot and killed a man named Riley Adams before fleeing to the hills, pursued by a posse.

The transition of the North Fork Valley from Ute hunting grounds to irrigated orchards and orderly townships happened almost overnight. It was a time when opportunity was seized through the sheer grit and determination of intrepid ranchers, farmers and merchants. The hardships that were endured by these visionaries paved the way for others. Those that undertook the arduous task of hauling supplies over rugged mesas only to endure lonely months and isolated winters, will not be forgotten. Their spirits will remain in the valley, alongside those that came before.

Please visit the Hotchkiss Crawford Historical Museum and the North Fork Historical Museum in Paonia where you will find a wealth of information, photographs and memorabilia spanning over a century of history in the valley.