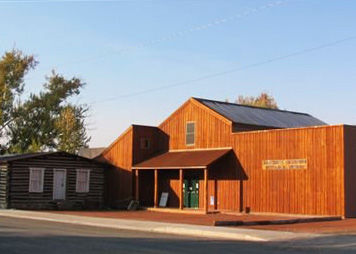 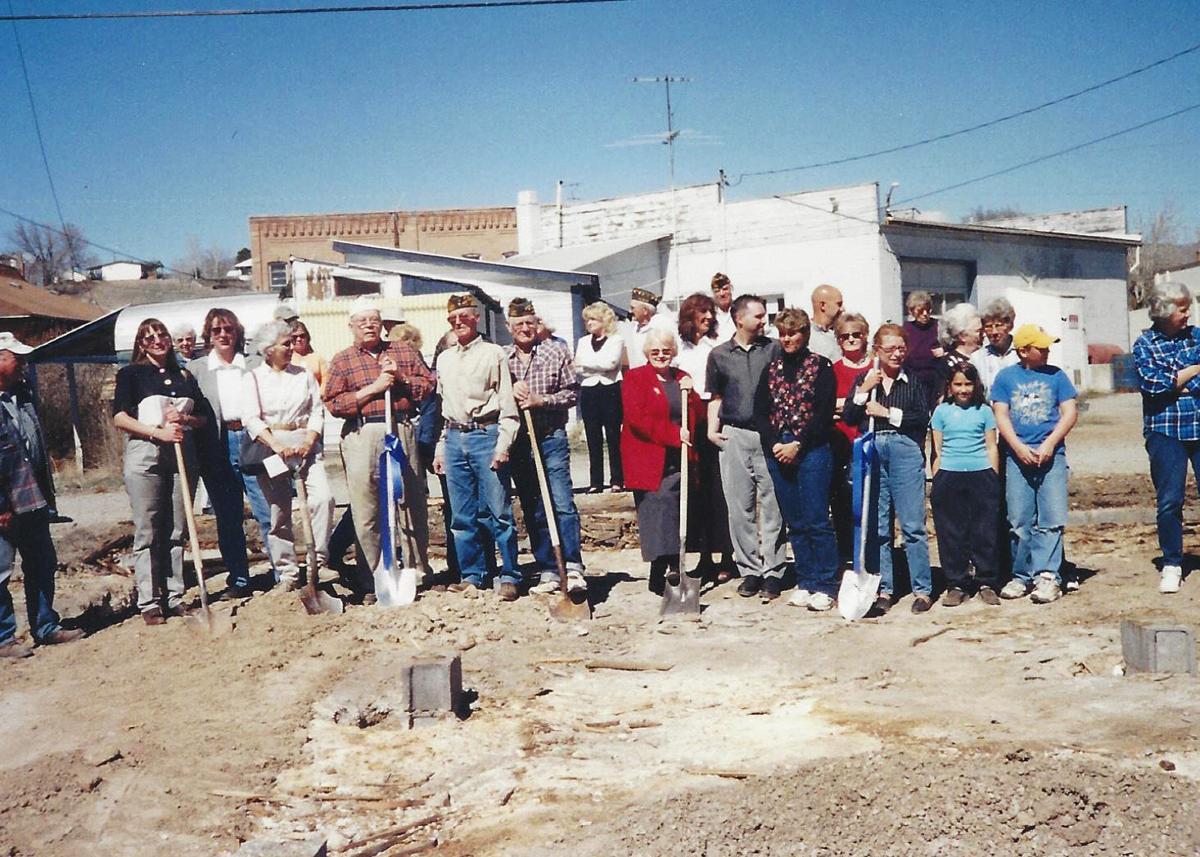 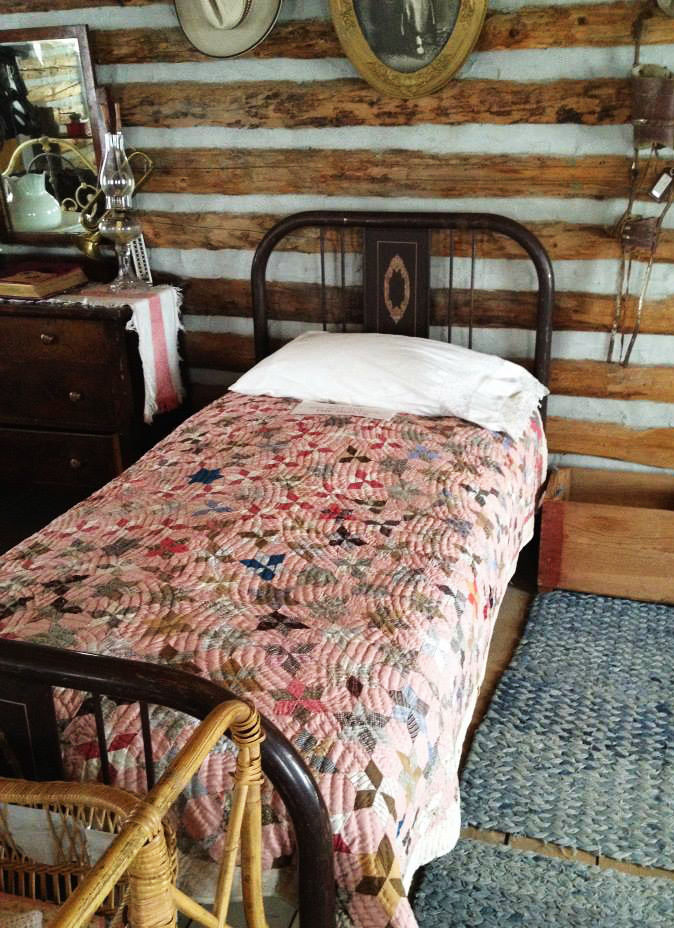 Inside the fully furnished cabin 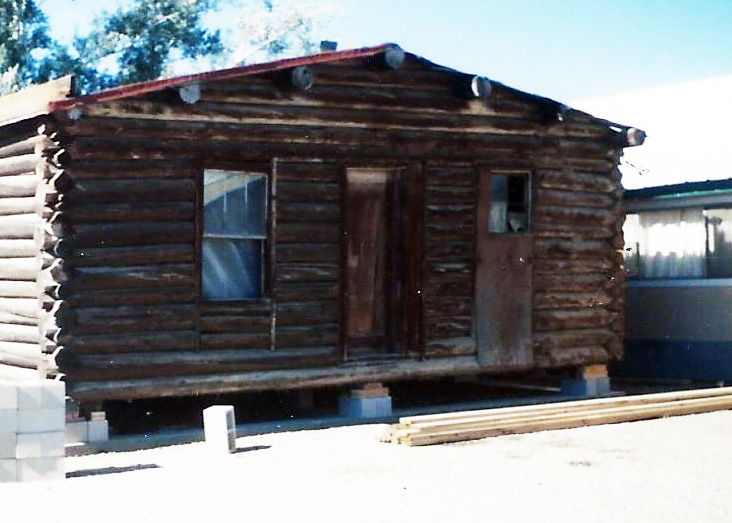 The historic cabin on blocks during the move from across the street. 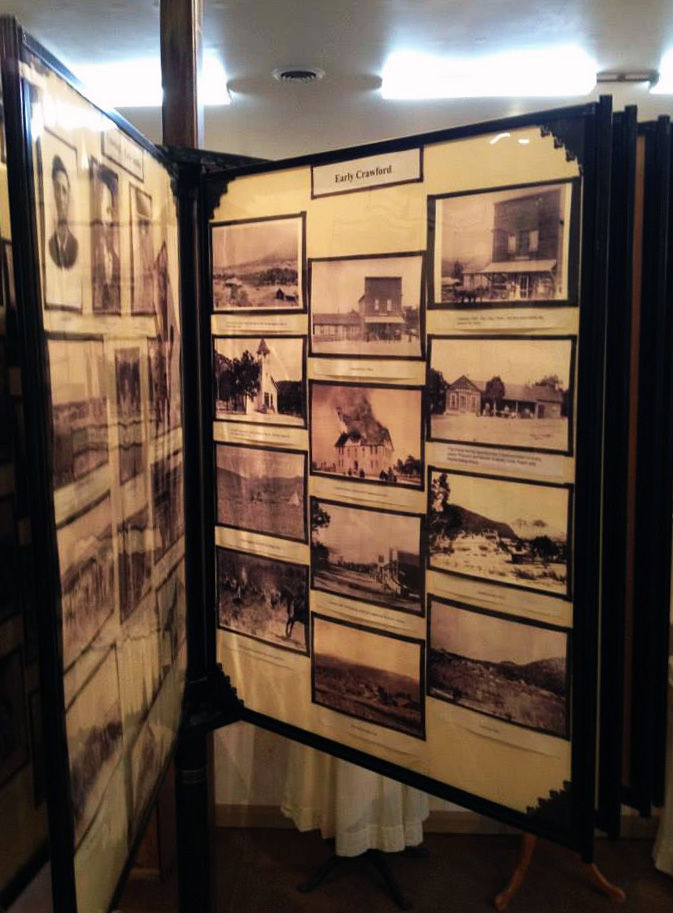 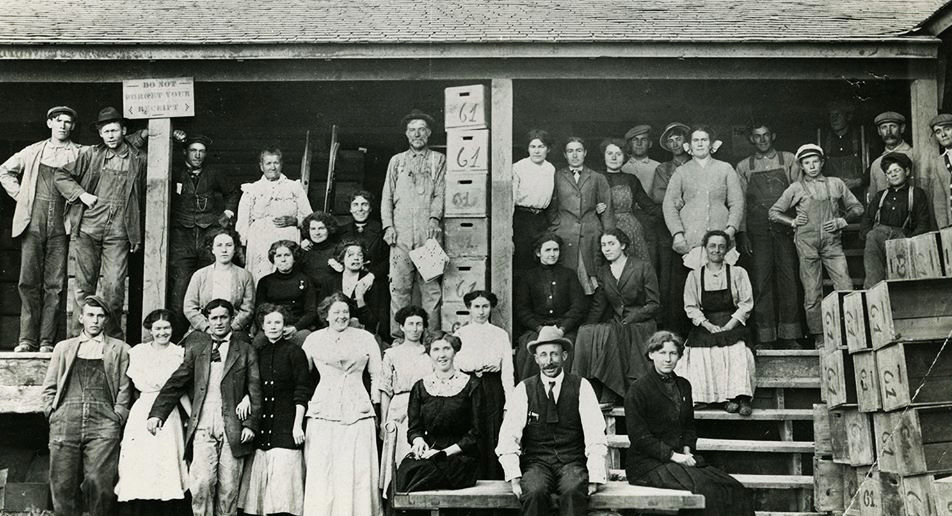 Fruit packing shed in Hotchkiss circa 1910. One of several historical photographs in the collection. 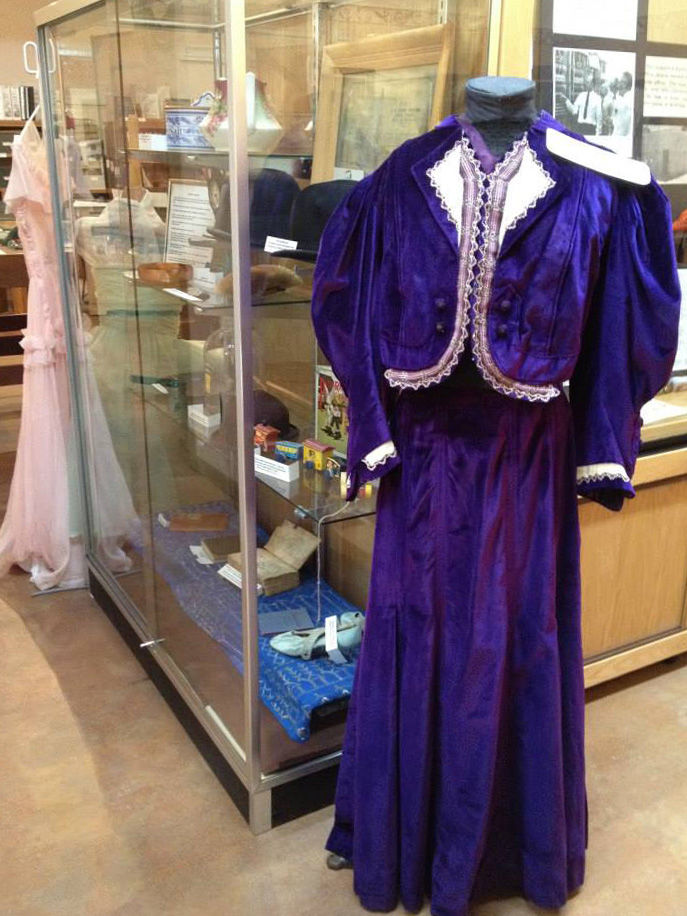 Historic clothing and displays at the museum 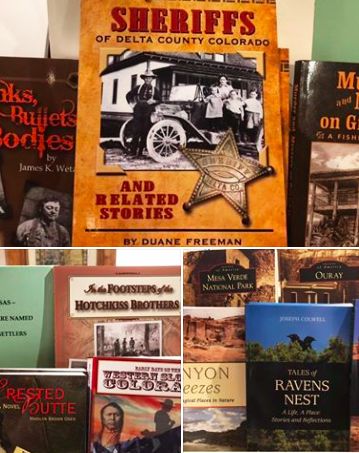 Some of the many historical books available for purchase.

The communities of Delta County are rich with opportunities to explore the past through four separate interactive and impressive museums. The Hotchkiss-Crawford Historical Society’s museum, located in downtown Hotchkiss, presents an exceptional collection of photographs and items associated with the early settlers of these communities. A world-class display of Indian artifacts and a fully furnished, turn-of-the-century log cabin round out the experience that is detailed and thoroughly engaging.

In 1974, Dr. W.C. Copeland and his wife Leila donated their extensive Indian collection to the library board of Hotchkiss. The board decided to display the collection in the basement of Memorial Hall and met the following year with the purpose of formulating a plan to raise funds to support a historical society and to dream of a permanent museum that could house their growing collection of donated artifacts.

The bicentennial year of 1976 found the group motivated and active with a project to create a brochure that has become a staple of their fundraising efforts over the years, and is still in circulation today. They met for several years, under the leadership of Kathleen Wheeler, at Memorial Hall, in their homes, and sometimes at the old Crawford School. In 1988, they decided to open a branch museum in an empty room of the old schoolhouse, timing the display’s opening to coincide with Pioneer Days that year.

In November of 1989 the local VFW offered to give the historical society their building. Although it was a generous offer, the board knew that the building would require much repair, if not replacement soon. The same year, Guy and Margaret Raether purchased the old feed store building on the opposite side of the street. The Raether’s property also contained a historic cabin which they offered to donate to the museum. All the Society had to do was figure out how to move it across the street to the VFW’s lot. Julie LIttlefield offered to fund the move and Bill Bailey took charge of the restoration.

Concerns about the physical state of the former VFW building eventually led to a decision to tear it down and construct a new museum in its place. After a flurry of fundraising and much hard work from several volunteers, the new museum was completed and attached to the historic cabin. The new Hotchkiss-Crawford Historical Society Museum had its grand opening on May 6, 2005.

Several noteworthy people have been instrumental in operational and fundraising efforts over the years. There have been thirteen different presidents since the formation of the group. Some, like Elaine Henderson and Chuck Farmer, served several consecutive years and contributed much to the museum through their expertise of historical knowledge concerning the valley.

In addition to the extensive Indian artifact collection, several historic photographs, household items, period clothing and other artifacts fill every corner of the museum. The reference library is stacked with photo albums, yearbooks, oral history transcripts and countless historical documents. The adjacent cabin is fully furnished with period artifacts. Experiencing the cabin alone will transport you back to another time. There is even an extensive herbarium detailing local plant specimens. A surprisingly sizable collection of books for sale on local histories is also available.

The rich historical perspective offered at the Hotchkiss-Crawford Historical Society Museum is an essential experience for anyone interested in learning more about the formative years of the North Fork Valley. Decedents of area pioneers can trace their genealogy here, with the help of knowledgable volunteer staff, and the very roots of the valley itself can be found inside this little gem of a museum.

The museum is open from Labor Day until April on Saturdays from 1 pm until 4 pm and is also open on Fridays from May through August. The annual meeting of the Hotchkiss-Crawford Historical Society will take place at the end of February. If you would like to become a member, stop by the museum at 180 2nd Street in Hotchkiss during operating hours or contact the museum at 872-3780.