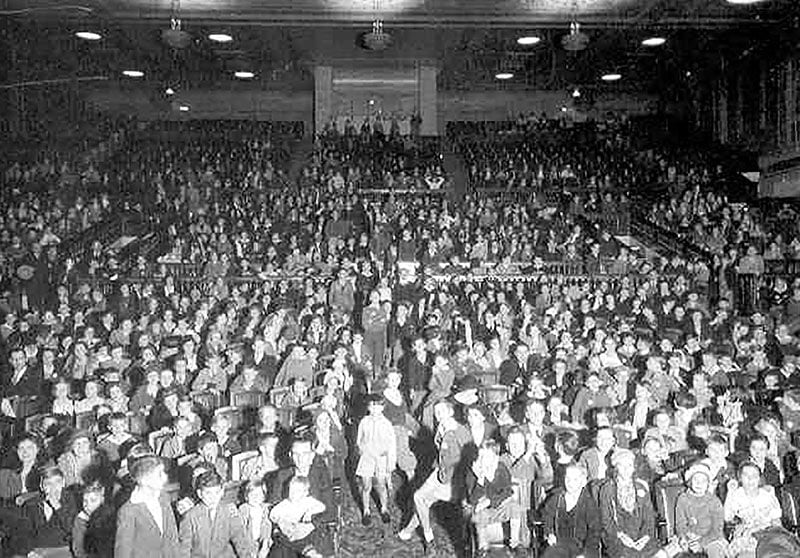 A full house for Bank Night in Chicago 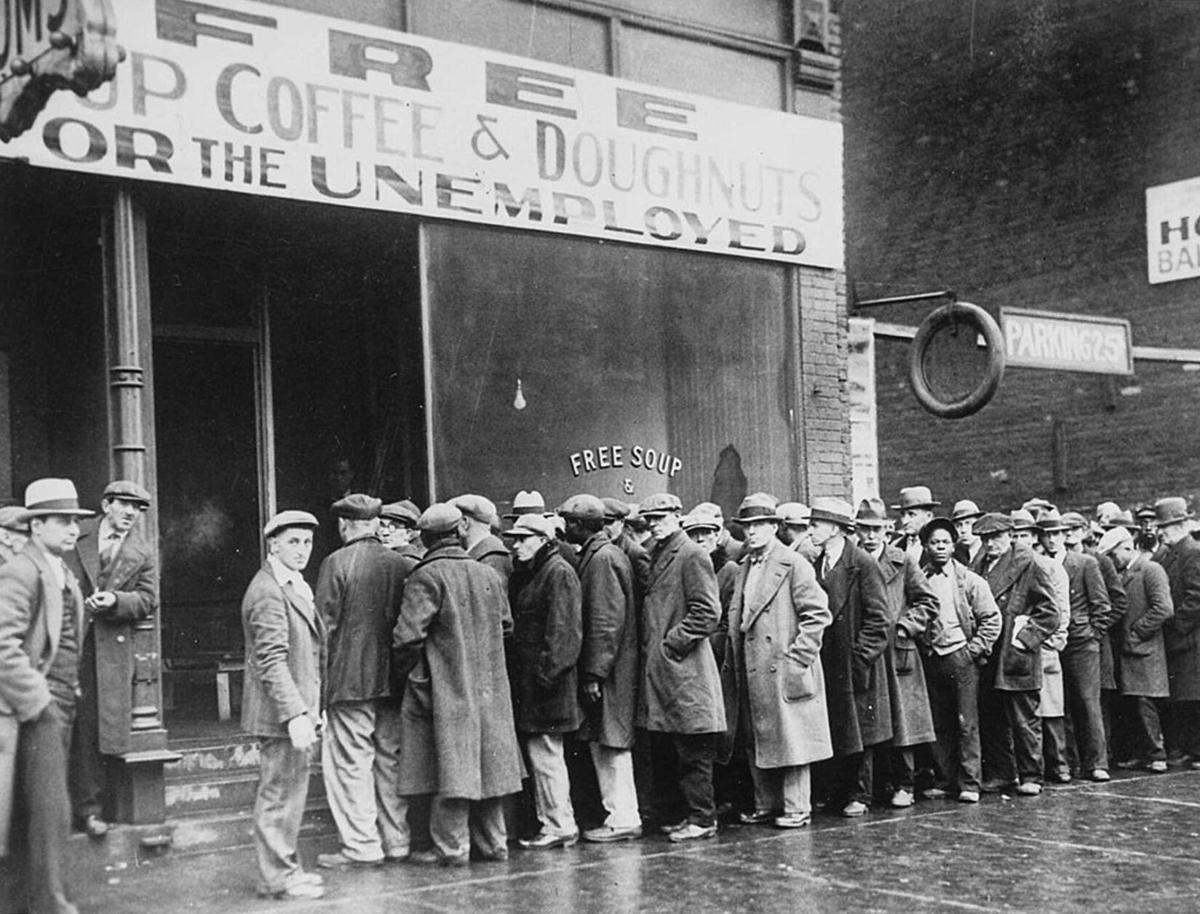 Men in line outside a depression soup kitchen 1931 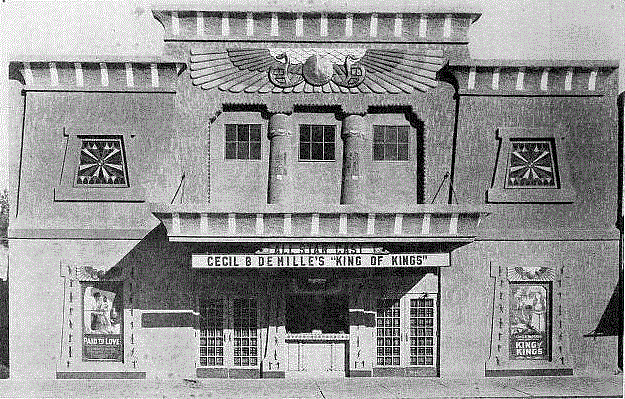 The Egyptian Theatre in Delta - Home of the first Bank Night 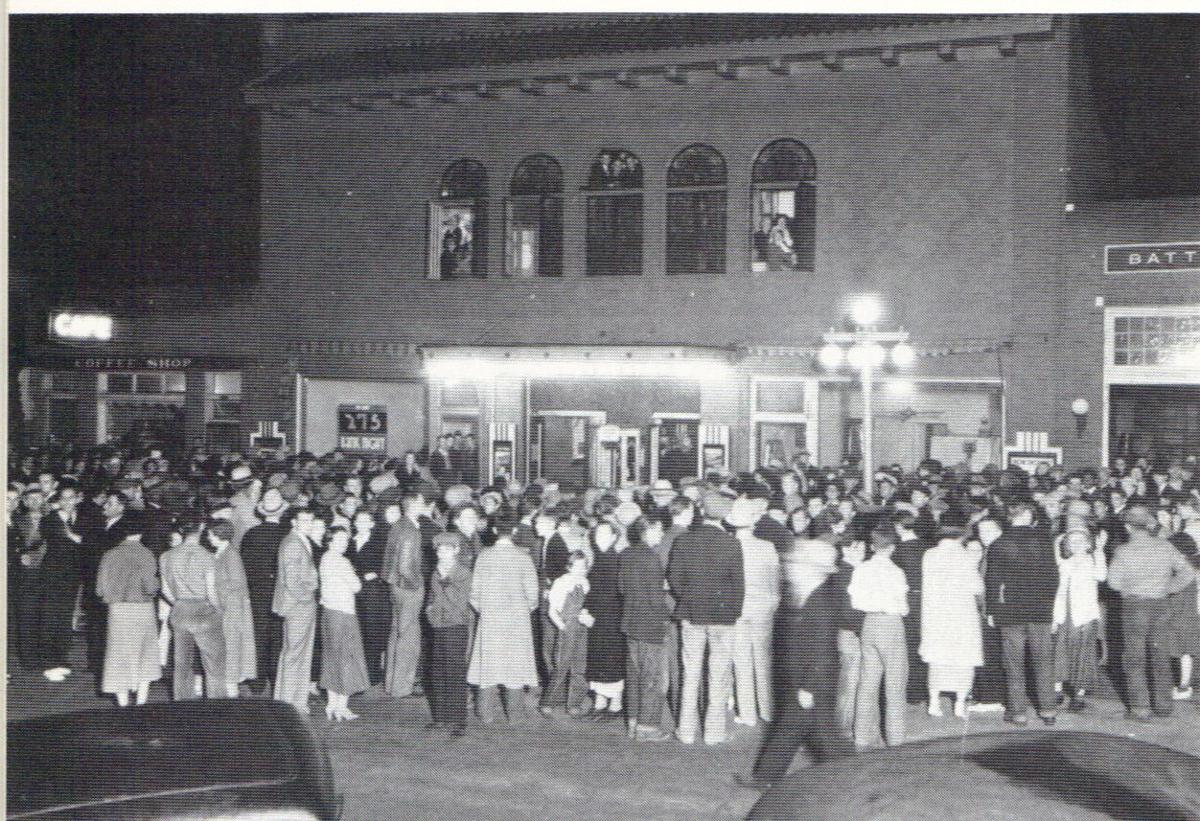 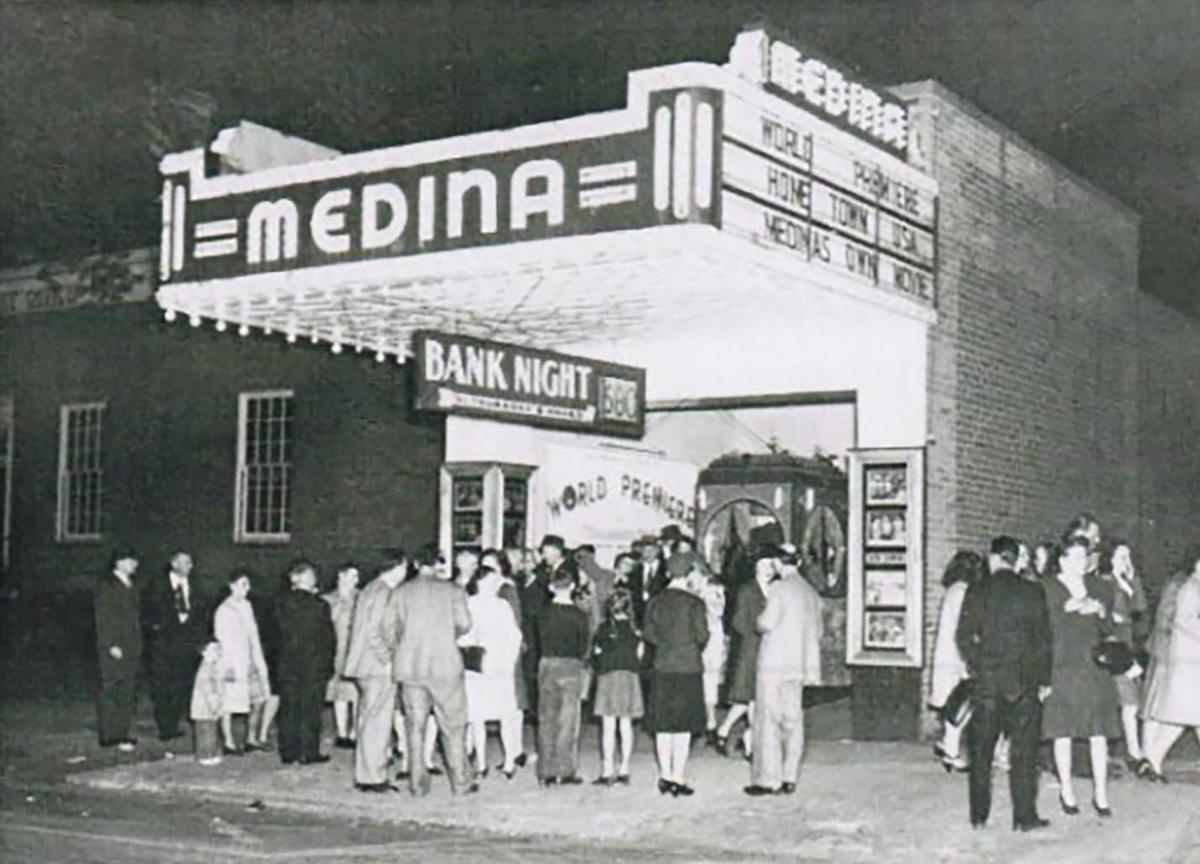 Bank Night at the Medina Theatre in Ohio 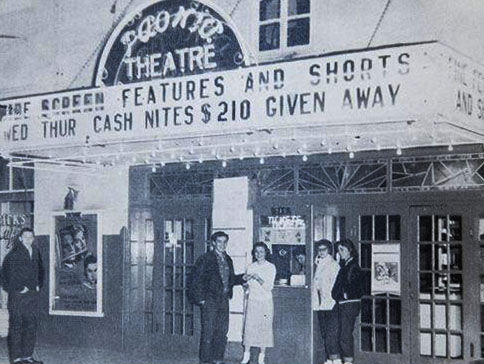 Cash Night at the Paonia Theatre 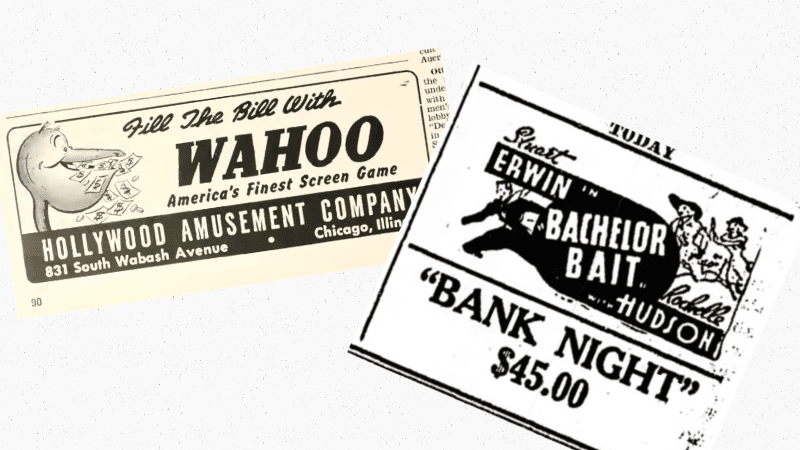 Ads for Bank Night and Wahoo, another copycat game

By the time the 1930s were ushered in, America was knee-deep in the economic throes of the Great Depression. While every business was affected, the entertainment industry was hit especially hard. About one-third of the movie theaters in the United States had closed. Many of those that survived did so only because of an ingenious promotion which was first put to the test here in Delta County at our very own Egyptian Theater. Bank Night was a huge success in Delta and soon spread like wildfire to cinemas across the country.

In December 1932, Fox Intermountain district manager Charles Yaeger devised a cash giveaway to promote attendance at movie theaters. He approached the Delta Chamber of Commerce with a plan he called “Gold Night,” a contest which offered an entry for each twenty-five-cent purchase made at local stores. On Thursday nights, the Egyptian Theatre held the drawing inside their auditorium, and the winner had to be present to claim the prize. The promotion began with a $30 prize and continued for weeks until a $75 prize was eventually offered.

“Gold Night” was very well received. Many people left before the movie lit the screen, but the Egyptian made money whether people stayed or not as they were required to purchase a ticket. In the spring of 1933, Yeager changed the name to Bank Night, and the Egyptian Theater had become the most lucrative movie house in the region. Several other mountain-state theaters were holding their own Bank Night drawings by this time. Unfortunately, state and municipal authorities began to scrutinize the promotion and challenged the practice in court cases.

Meanwhile, copycat contests were popping up in cinemas all over Colorado and beyond. Prosperity Night, Treasure Night, and Movie Sweepstakes were just some of the promotions offered. The Paonia Theater, whose name changed to the Paradise when it reopened in 1991, presented its own version of the contest that was also wildly popular. Movie-goers held on to their ticket stubs and anxiously watched the preview reels where winning numbers and cash amounts were on display before the movie began. In Ohio, the Palace Theater held sweepstakes where patrons received a ticket with the name of a horse, then a movie reel of a real horse race was shown where the winner of the night was revealed.

Like many movie houses across the country, the Palace quickly fell under the watchful eye of authorities. It was raided by police on a local prosecutor's orders citing violations of Ohio’s anti-lottery law. The case was thrown out by the jury and the Palace immediately resumed their sweepstakes. But while its association with gambling and lottery practices eventually gave the contests an unsavory reputation in some cities, neither the Egyptian nor the Paonia theaters suffered any legal consequences for their promotions.

By December of 1933, Bank Night had become so popular that Yaeger trademarked the name “Bank Night” and licensed it across the country to theaters outside of the Fox family. Theaters paid a small fee to use the promotion, and movie houses in small towns across America began to reap the contest's benefits. Eventually, theaters in big cities embraced the program. Yaeger and his partners raised the rates on the urban cinemas who were happy to pay the price. In New York City alone, about 250 theaters paid Yaeger to play the game. It seemed like everyone was winning.

In 1937 the Saturday Evening Post reported that "Bank Night has blossomed into an American Institution and every week over 5,000 theaters across the country disburse over $1,000,000 in prizes, with some singular prizes as high as $3,400 each.” However, the more popular Bank Night became in the larger cities, the more attention it garnered from local and state regulatory commissions. Governments in cities like Chicago and New York City took strong stances against the practice, and soon several theater owners found themselves facing arrest or fines for running the promotions.

By the time the 1930s came to a close, Bank Night would all but vanish from popular culture as quickly as it appeared. Its association with legal troubles eventually brought an end to the short-lived era. The improving economy and shifting focus on World War II also contributed to changing consumer tastes and rendered most promotions unnecessary. Surprisingly, Hollywood's sentiment concerning the practice was never positive as they believed the association with gambling cheapened their films, and suggested they were becoming a sideshow entertainment. However, Hollywood studios also benefited from the high turnout at the box offices through their collected percentages.

While Bank Night and similar schemes burned hot and fast in the 1930s, they soon became a footnote in the industry's history. However, the promotions’ popularity during their heyday was a major factor of the industry’s resiliency during the Depression. More than any other single business tactic, the contests that began in Delta County were responsible for saving thousands of movie theaters nationwide.

Currently, the ripple effects of both economic and social distancing issues related to COVID-19 present a new set of challenges to movie theaters and the entertainment industry that are arguably more dire than those presented by the Depression. Perhaps it is time to revisit some creative schemes to save our silver screens one more time.