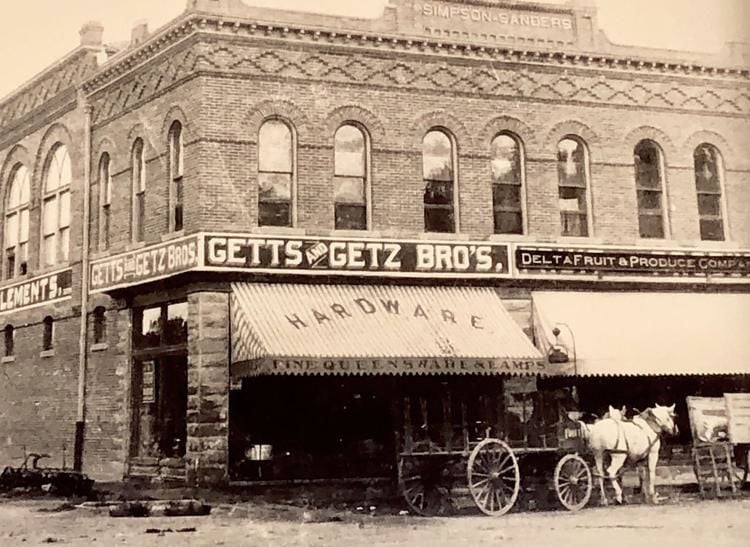 The hardware store circa 1910 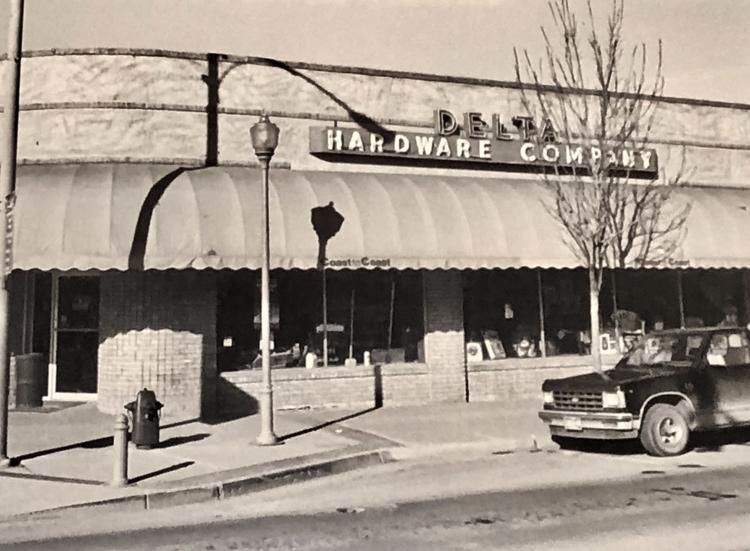 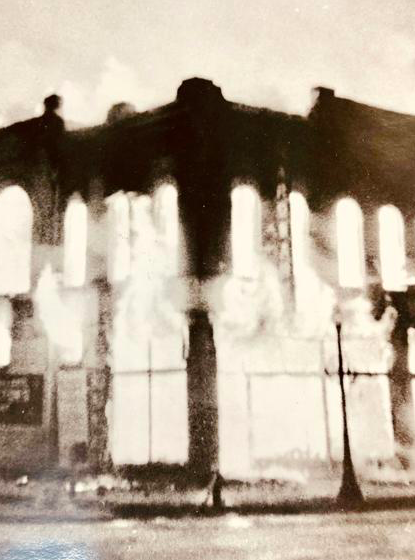 The fire that consumed the old store in 2937 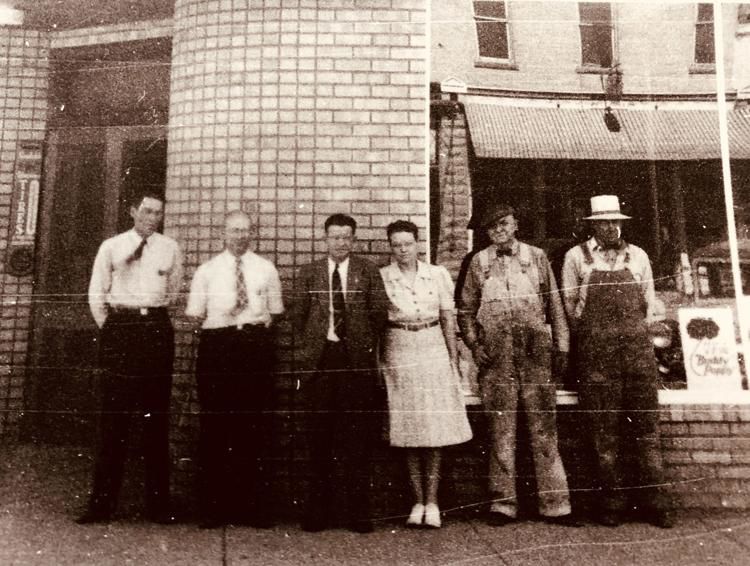 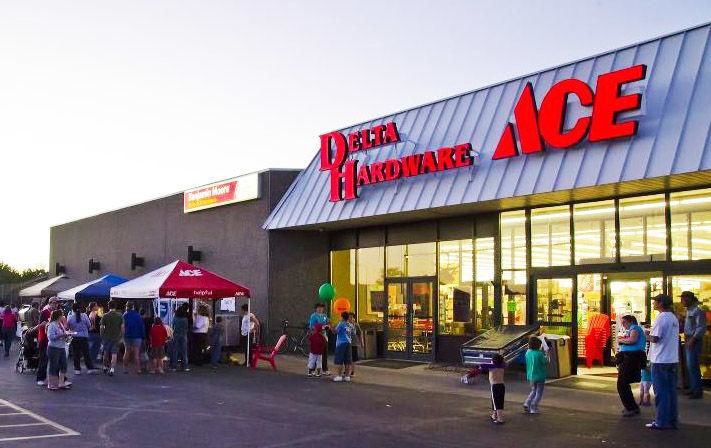 Hardware stores have long been a vital part of small towns in the American West and often serve as the hub of the community. It’s a place where townsfolk meet to grab parts for a project and a trusted resource for local laborers to arm themselves with the tools of their trade. Delta Hardware has been in business since 1915 and in some ways, their origins can be traced back to the turn of the previous century. It is a classic example of a business that has managed to thrive, despite the odds, through tenacity and reinvention over the years.

The early days of the store has ties to the notorious gun battle of 1893 where hardware store owner at the time, Ray Simpson, thwarted two members of the McCarty Gang in a shootout. The Simpson’s/Sanders store was located in the middle of the 300 block of Main Street. Not long after the notorious incident, the owners moved locations and built a two-story building on the corner of Third and Main where they operated a hardware store on the lower level and an opera house on the second floor.

After a change of ownership, the opera house gave way to a demand for space and the upstairs was commandeered by the hardware store. In 1915 the store was re-named The Delta Hardware Store, and remains so to this day. In the mid-1930s, a new owner, Tom Hensley, bought Delta Hardware with big plans in mind but two years later, during the week of Christmas, tragedy struck as a devastating fire leveled the entire building. Mr. Hensley soon rebuilt a single-story structure which would be home to the store into the next century.

In 1952 Don Kendrick was hired to do sales and repairs for Mr. Hensley and eventually purchased the store in 1971.  Delta Hardware has been in the Kendrick family ever since. When Jim Kendrick returned from college to help his dad out until the following spring, he found that spring would never come. Jim recounts this with a wry smile as he recounts how he and his wife Jonni eventually took the reins from his dad and have been doing their best to uphold the traditions of the store’s unique approach to customer service ever since.

In the early 1980s, Jonni and Jim faced competition from four other stores in Delta and that all carried a wide variety of goods. Back then, Delta Hardware was a place where you could find flooring, major appliances, furniture, TVs, sporting goods and more. At some point in the middle of the century, independent hardware stores across the country began to band together under common umbrellas and Delta Hardware chose to operate under the Coast to Coast name. As the inventory increased and demand for space became imperative, the Kendricks decided to expand.

Plans were made to double the 5,000 square foot space by adding onto the north side of the store and in the spring of 1990, they re-opened. Unfortunately, the Coast to Coast brand filed for bankruptcy that same year. Although the demise of their supplier seemed ill-timed, another opportunity presented itself to pair with the trusted Ace brand. Although most independent hardware stores maintain their autonomy, pairing with a supplier like Ace presents new opportunities and Jim and Jonni soon found themselves expanding to a branch store in Clifton.

A few years later, with three warehouses brimming with inventory and even the Kendrick’s home being used as storage, the once spacious expansion no longer seemed adequate. Shopping carts in the store were all but useless as the isles were so packed with goods. They sold the store in Clifton, pooled their financial resources, and relocated to a large lot on the north end of Delta in 2006. The new space offered their customers 20,000 square feet of room to shop, and today the store has as much retail space as all five of the old hardware stores that were operating in the 70s combined.

Jim and Jonni hope that people still think of them as a mom and pop hardware store. Although the nostalgic creek of the hardwood floors has been replaced by shiny tile, it’s still a place full of history. Many of the employees have been there for decades and some customers are going on three generations. It’s a place where folks still reminisce about times when Jim’s father was behind the counter. Most of the residents in Delta County recognize the value of shopping locally and Jim, Jonni, and the friendly staff at Delta Hardware continue to give folks plenty of reasons.