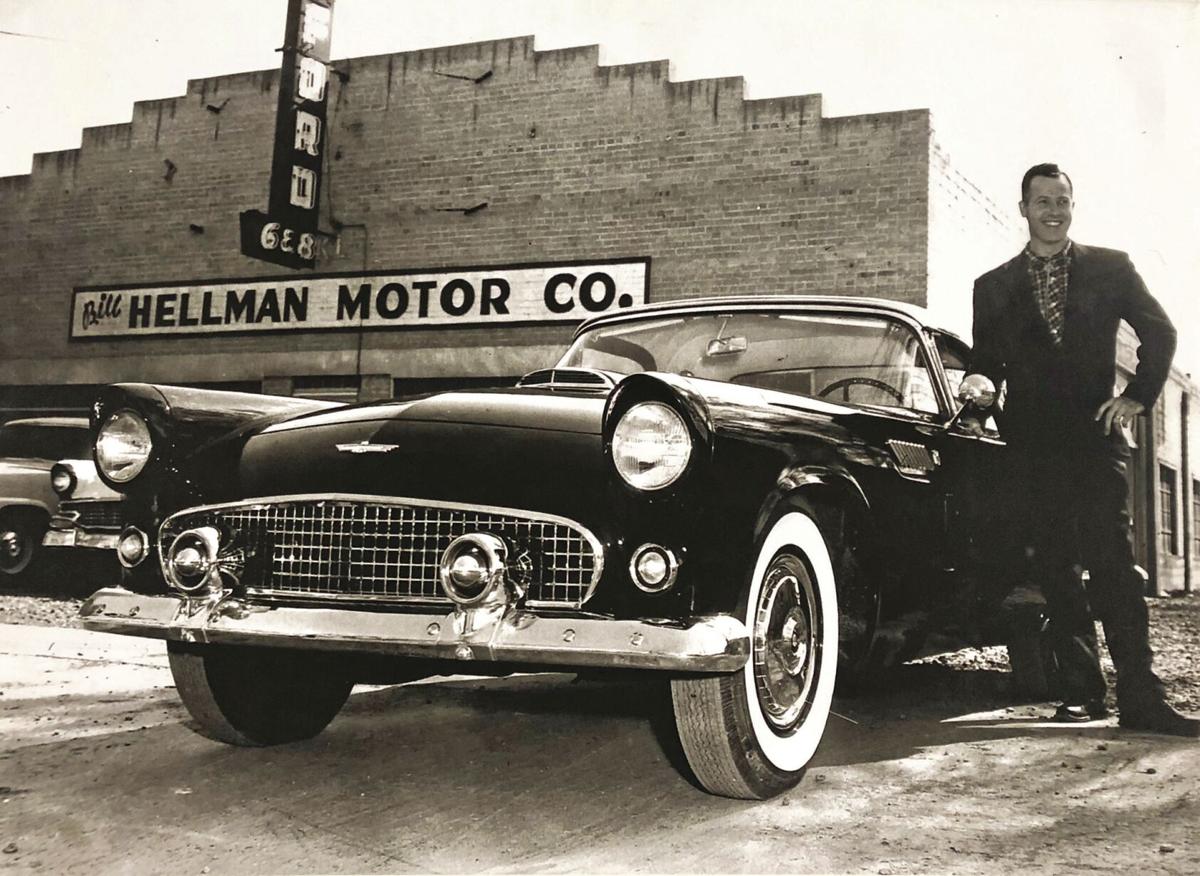 Bill Hellman Sr. next to a T-bird at the newly opened Hellman Motor Company 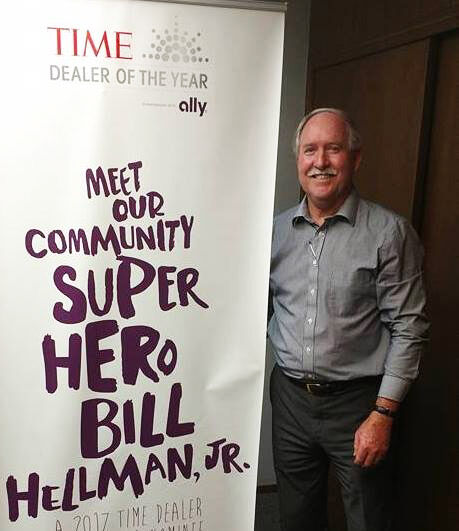 The automobile became an important part of the American dream as soon as Henry Ford unveiled his Model T. In a transformation that occurred almost overnight, cars replaced the horse and further expanded our notion of adventure and freedom.  As improvements were made and competition for consumer’s attention increased, dealerships began to bloom in the most remote parts of the west, and by the middle of the century, the stage was set in Delta.

Bill Hellman Sr. came to western Colorado in the spring of 1955. He had been running a Chevy dealership in Dodge City, Kansas and decided to approach Chevrolet about acquiring a store in the mountains. The particular store in which he was interested was asking for more for the business than he was willing to put up. But while he was waiting for a return bus at the depot, he learned that the Ford dealership in Delta was for sale. A few days later, Bill had become a Ford man.

The dealership was located at 530 Palmer Street which is where the Wells Fargo parking lot can be found now. The sixteen gas stations in Delta at the time was a good indication of just how well the automobile industry was doing. Gas was about 25-cents per gallon and the average customer bought a new car every three years. Anyone can see from the smile on Bill Sr.’s face in his photograph next to a 56 T-bird, that he was happy with his decision. The building that incorporated the dealership, was a sizable structure with a rounded roof that served as the location for the Hellman Motor Company from 1955 until 1970, when Bill decided to relocate to a larger lot.

He settled on a piece of property that would give them room to grow. The original lot included the current property as well as the lots that Martin’s body shop now occupies. In the 1970s, Bill sold part of the property to the Mine Shack Restaurant and the remaining piece to Martin who had been the original body shop operator at Hellman’s. As Martin wanted to open his own shop, this move kept him close where the dealership could still utilize his talents.

The Mercury franchise had been added in 1958 to complement the Ford franchise. In the early 80s, the Chrysler Dodge franchise came on board until the untimely bankruptcy of GM when Hellman, like several dealers, was forced to close out the line. In 1988, the Toyota Franchise was acquired from the King family. This was the second oldest franchise in the state and the acquisition still proves to have been a wise decision.

These days, Bill Jr. and his brother Matt are behind the wheel of the dealership. Automobiles are obviously in the blood of the Hellman family as yet another brother, Tim, holds the Chevrolet dealership located on the other side of town. Bill’s daughter Holly has also been an integral part of the business and represents the third generation of dealers. Several seasoned employees complete their business family including longtime sales associate Terry Miller and finance director Sharon TeGrotenhuis, who is working on her 36th year with the company. Bill claims that the loyal and competent staff is the foundation for their success. Bill and Matt currently employ over thirty people from office personnel to sales and service staff.

The family-owned dealership has been in operation for over 60 years now and has won several awards from both Ford and Toyota. With a community-minded attitude, Bill and Matt have done their best to give back to the county that has always supported them. In addition to the countless ball teams they have sponsored, they back a number of 4-H kids and events at the Delta County Fair. They have also held several car giveaways that brought traffic on the north side of town to a temporary standstill while they announced the lucky winner’s name. Recently, they provided a new Toyota for the KVNF raffle which was a successful fundraiser for the local radio station.

While the future of the automobile industry, in general, is uncertain, the immediate future seems promising for this dealership. The advent of self-driving cars has a lot of industry leaders devoting vast resources to engineering and development.  However, several issues concerning how these vehicles would function in rural communities put this scenario a fair distance down the road for now. The American dream is still alive and well in the west and although many cars may be designed to be more efficient and environmentally friendly, the driver is still behind the wheel, and Hellman Motor Company is still here to help us find the right fit for the next adventure.