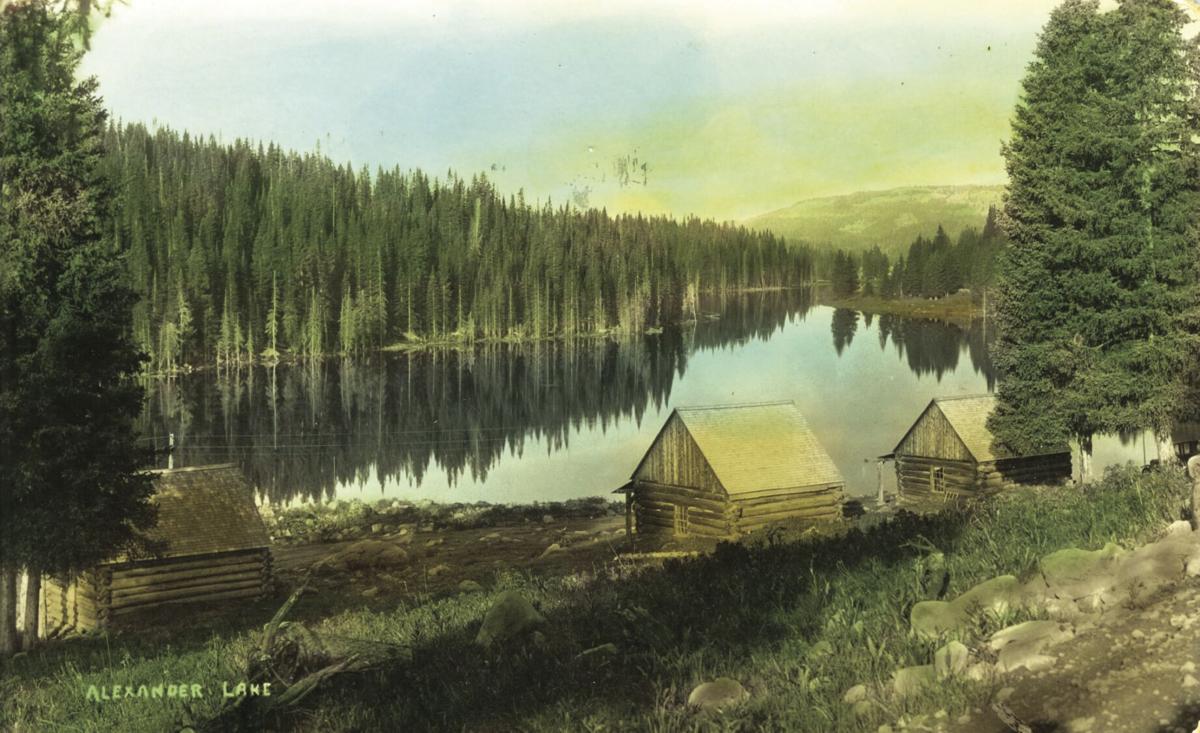 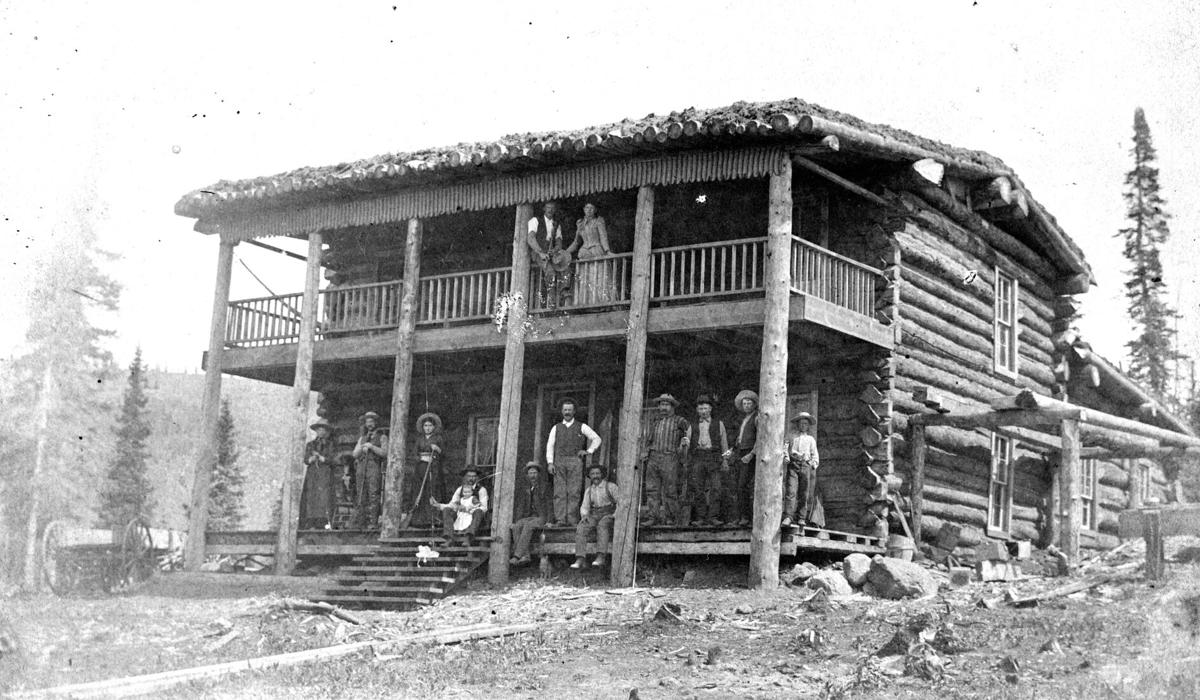 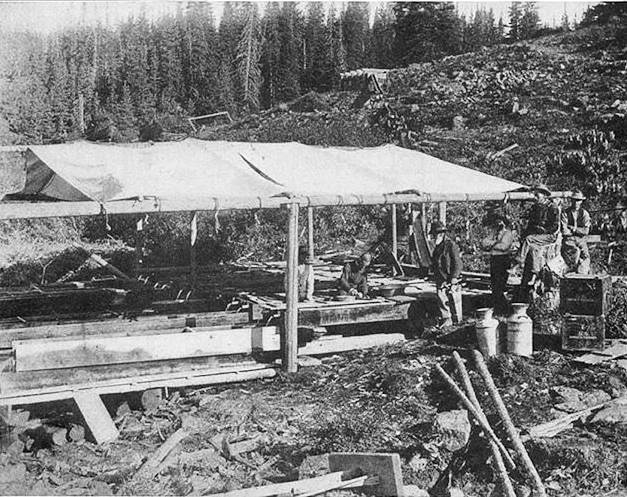 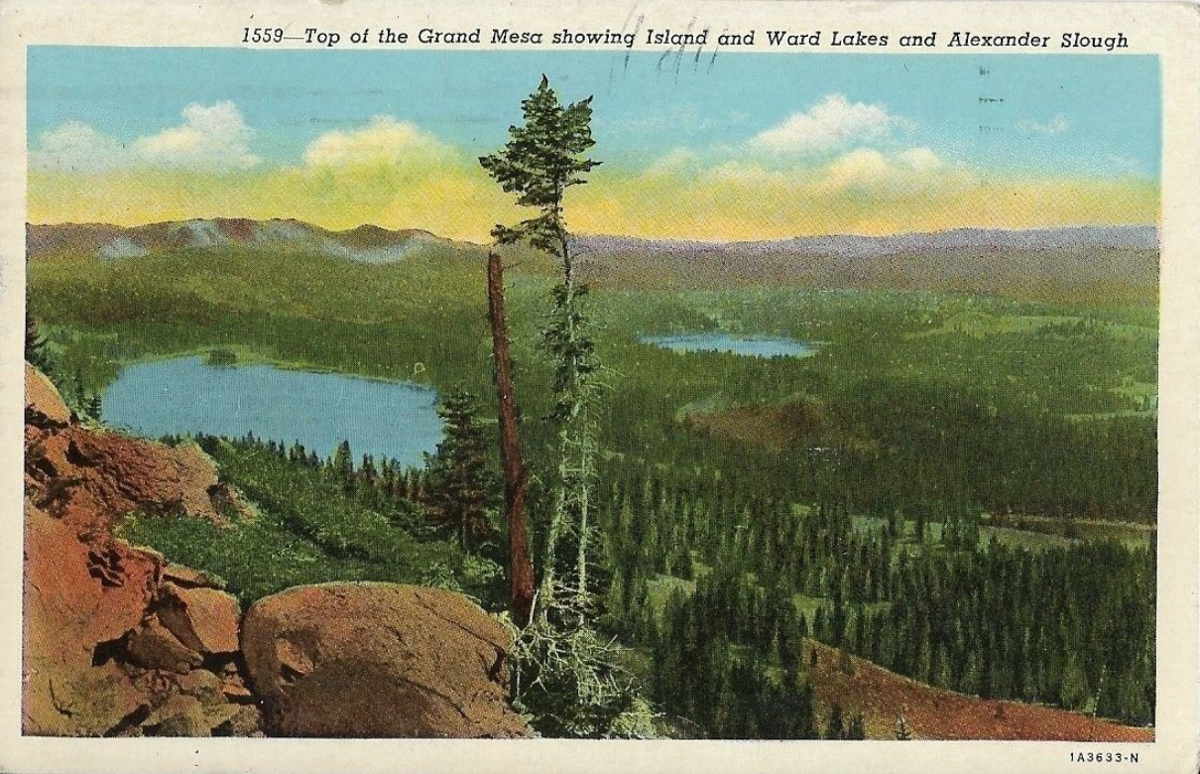 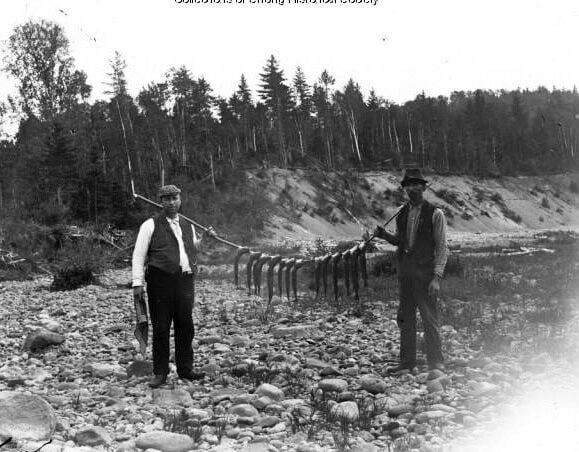 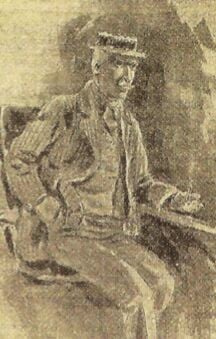 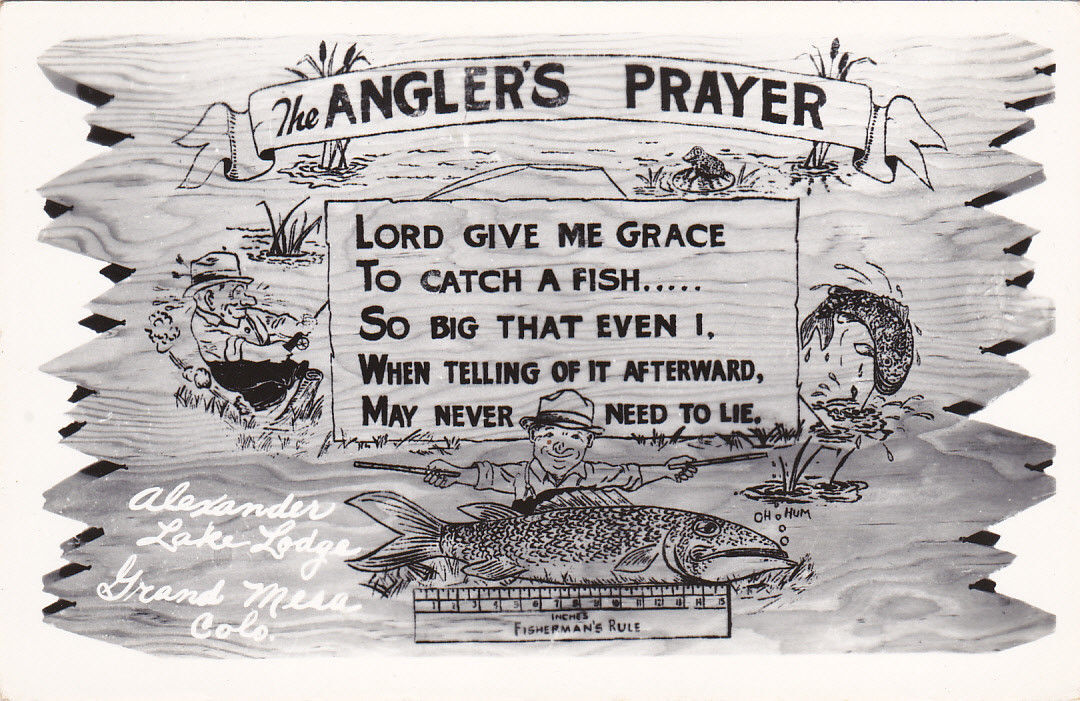 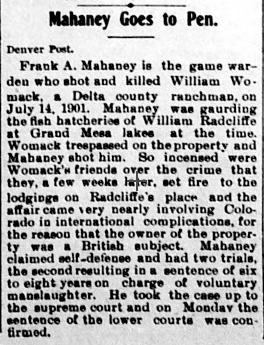 Fishing in Western Colorado has always been serious business. The lively stream known as Surface Creek that runs through Cedaredge, its tributaries, and the numerous nearby lakes on Grand Mesa still hold many coveted fishing spots for locals today. Although some of the lakes on Grand Mesa have special regulations, just about all are open to the public, but this was not always the case. A series of events that occurred there in the late 1800s set into motion what would later come to be known as the Grand Mesa Feud, when the business of fishing turned from serious to deadly and involved missing persons, murder, arson, and even a vigilante mob.

When the territory was opened, William Alexander settled on Grand Mesa in 1883 next to the lake that would later bear his name. It was here where he and his business partner, Richard Forrest, set up the first fish hatchery in the county to propagate fish for market. They also built a hotel near the hatchery where they raised fish in Alexander, Island, and Ward Lakes, among others. The two partnered with the Surface Creek Ditch and Reservoir Company to build dams that would be utilized by both the fisheries and the irrigation system that fed Surface Creek farms and orchards. The stockholders were given the rights to fish in these lakes as a part of their mutual agreements and many folks from the Cedaredge area took every advantage of this golden opportunity.

However, in 1893, William Alexander disappeared, leaving the entire operation to his partner Forrest, who sold both the property and the fishing rights to an English Entrepreneur named William Radcliffe. Radcliffe immediately proved that he was more than remiss in understanding the nature of community good-faith agreements as he immediately banned the public from fishing without a permit. It goes without saying that this did not go over well with the people of Surface Creek, and although Mr. Radcliffe’s claim was supported by the Fish and Game Department, the moral precedent set by the previous owners became ample justification to the residents of Surface Creek who promptly ignored the Englishman’s new rules on the mesa.

What Radcliffe was lacking in social skills, he made up for as a shrewd businessman and he entered into an agreement with the US Bureau of Fisheries to harvest spawn at the hatchery in trade for stocked waters. Because the nearby townsfolk from Cedaredge continued to fish the prolific mesa lakes now owned by the Fish Baron, he felt compelled to take action and proceeded to hire several armed guards, who were deputized by the Fish and Game Commission to police the waterways. Many arrests were made, but unsurprisingly, no one was ever convicted of poaching by the local jurors; however, tensions were building and the probability that the escalating conflict would soon turn deadly became all but inevitable.

On a warm Sunday afternoon in July of 1901, William Womack of Surface Creek, accompanied by some cow hands, decided to wet their fishing lines in Island Lake as they were passing by. One of Radcliffe’s game wardens, Frank Mahaney, stopped the group and an altercation ensued that would seal the fates of both men within minutes. Words soon escalated to gunfire as Mahaney emptied his revolver at Womack, hitting him in the leg and chest. The wounds would prove to be fatal for Womack before the day was over and the warden, rightfully so, began to fear for retaliation from Womack’s friends and the citizens of Surface Creek.

Mahaney’s only course of action was to turn himself in to the authorities in Delta the next morning.  He was immediately placed under prisoner protection in the county courthouse by orders from Sheriff George Smith who set out to investigate the incident. It wasn’t long before several armed men from the Surface Creek area arrived in Delta with lynching on their minds, but there’s many a slip between a cup and a lip and a quick thinking deputy secretly moved Mahaney to a nearby ranch. As an angry host of more than 150 vigilantes seeking frontier justice stormed the jail in Delta, the former fishery guard was spirited away to Olathe and put on a train bound for Gunnison where he would await trial.

When Radcliffe, who was traveling for business at the time of the event, got wind of the killing he vowed never to set foot in western Colorado again. This was a decidedly better resolution than his earlier decision to cut the local fishermen out of his lakes as now more than 100 agitated, armed riders, who felt less than vindicated after loosing the opportunity to lynch Mahaney, descended on Alexander Lake with torches in hand. The mob ruthlessly destroyed every structure on site and left the hotel in a pile of ashes.

William Radcliffe was true to his word, and he never returned to the United States. He attempted to sue from the other side of the Atlantic for damages in the amount of $65,500 but only received $25,000. He passed away in England in 1938. The ill-tempered warden, Frank Mahaney took his case all the way to the Supreme Court, claiming self defense as his version of the altercation had Womack pulling a rifle from his horse before the shooting commenced. He was eventually convicted and received a sentence for six to eight years in the Colorado Penitentiary for voluntary manslaughter. What exactly happened to William Alexander is still unknown to this day. Some speculate that his partner may have quietly taken him out of the picture, and others suggest that there is evidence that Alexander was involved in some underhanded affairs elsewhere at a later date which contradicts the timeline of his assumed demise.

Fortunately, for the current residents of Delta County, the rights to fish in the still-bountiful lakes on Grand Mesa have everyone on a level playing field these days. With the exception of a few regulations on possession and size limits, as well as fly and lure restrictions, the general public is allowed to fish any of the lakes that were once patrolled by Ratcliffe’s guards. There are several locals who are convinced that the reason no one else ever entertained the notion of privatizing the waters on Grand Mesa again is directly related to the lasting memory of the overwhelming response from the citizens of Surface Creek who, believing their rights were violated, took matters into their own hands and forever changed the narrative for the telling of fish tales on Grand Mesa.

For a more detailed account of these events, pick up local historian and author Jim Wetzel’s book, “Murder and Mystery on Grand Mesa” at the Delta County Historical Society Museum in downtown Delta or at the Hotchkiss Crawford Historical Museum in Hotchkiss, and at the Pioneer Town Museum in Cedaredge.