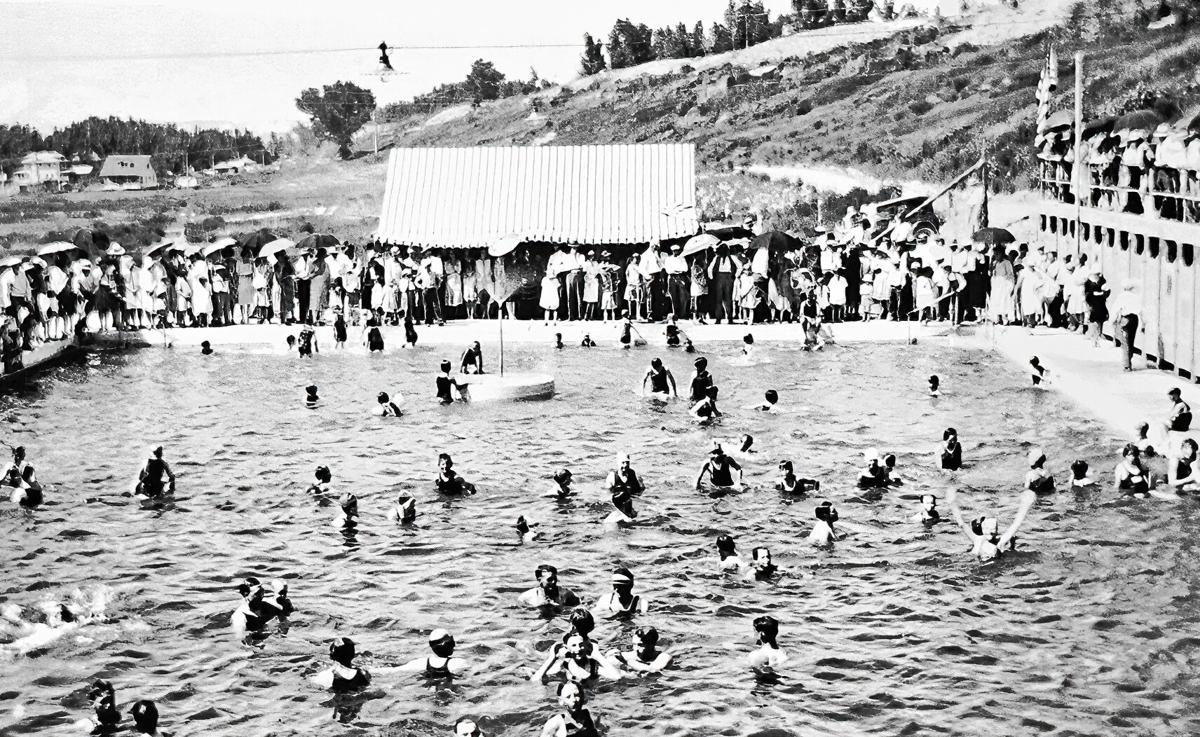 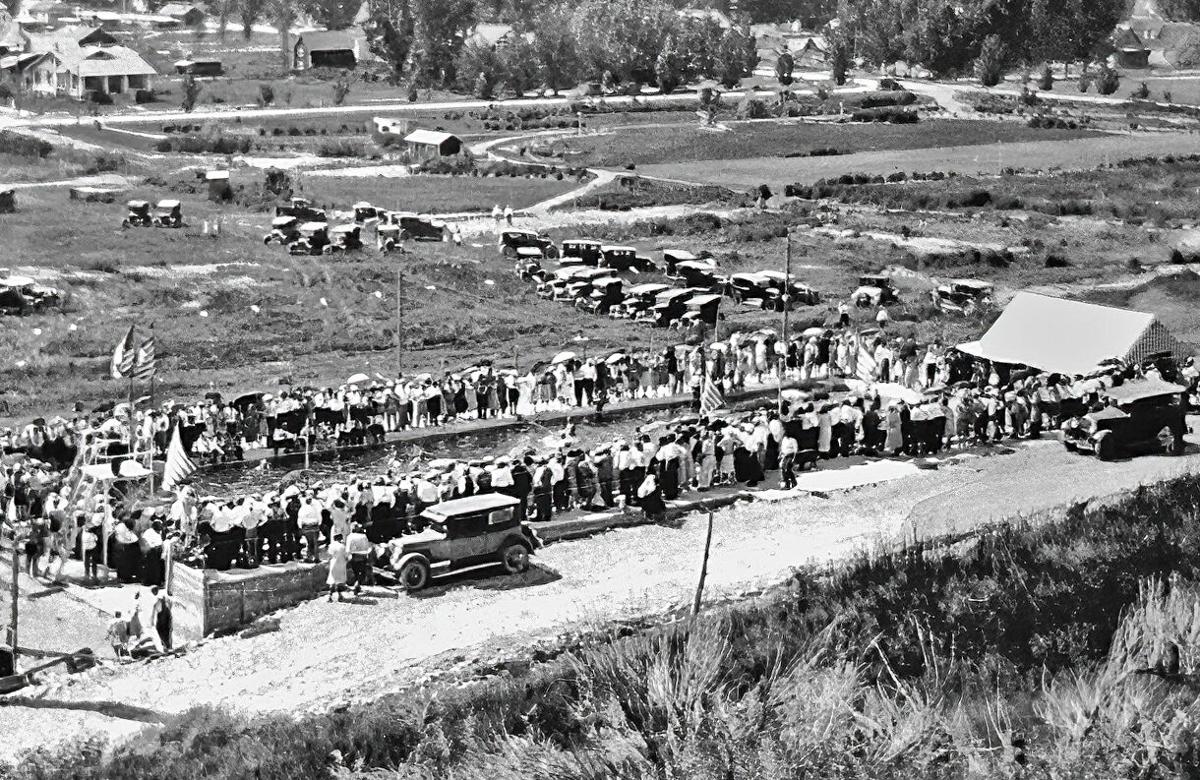 Spectators and Swimmers at the opening day in 1927. 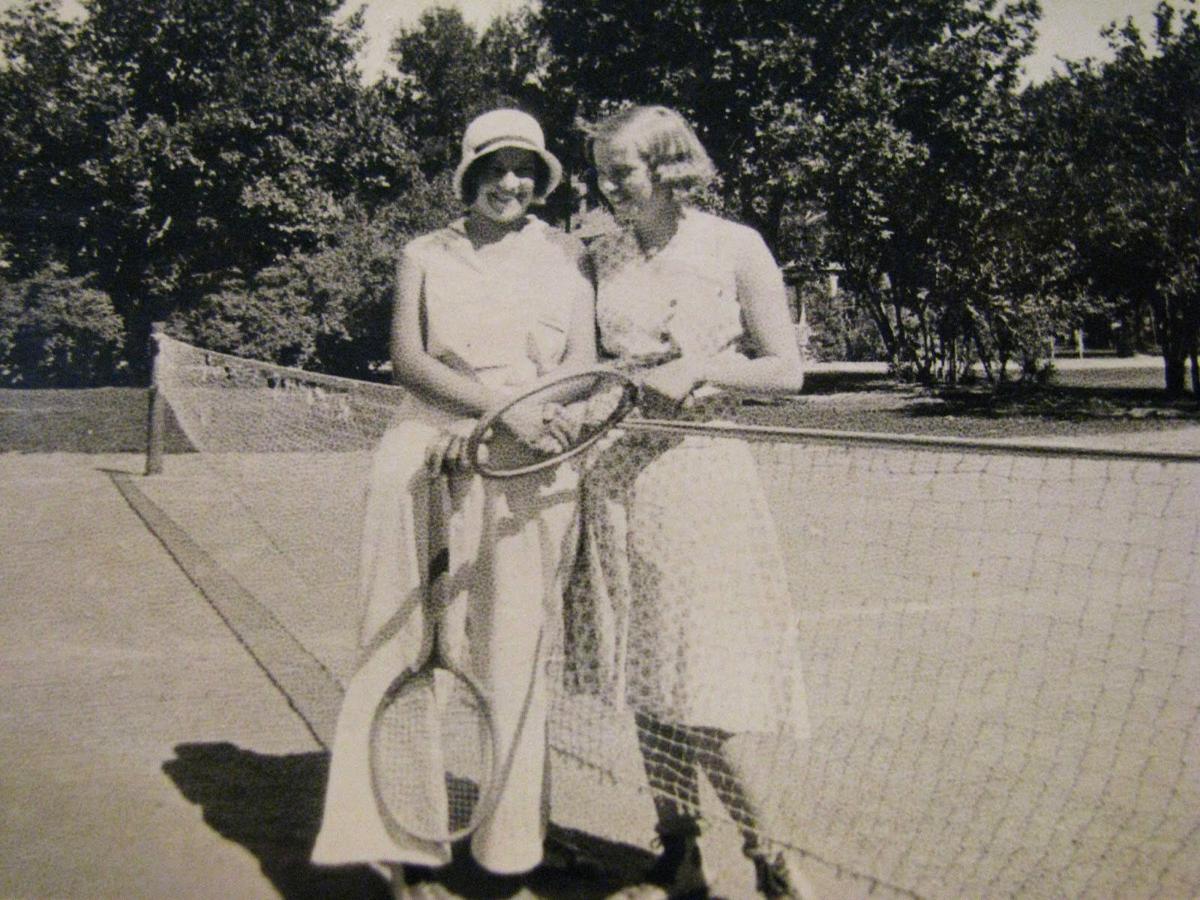 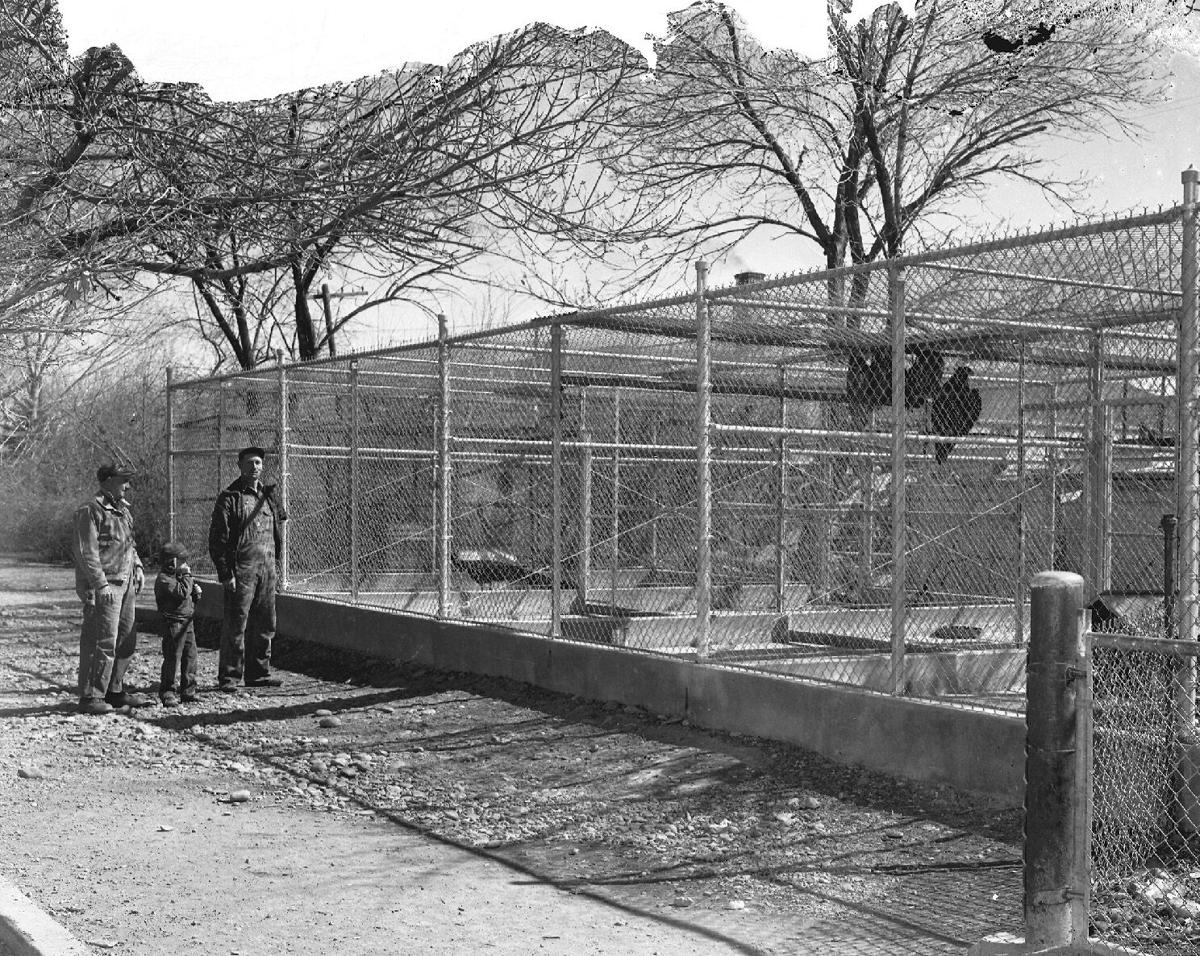 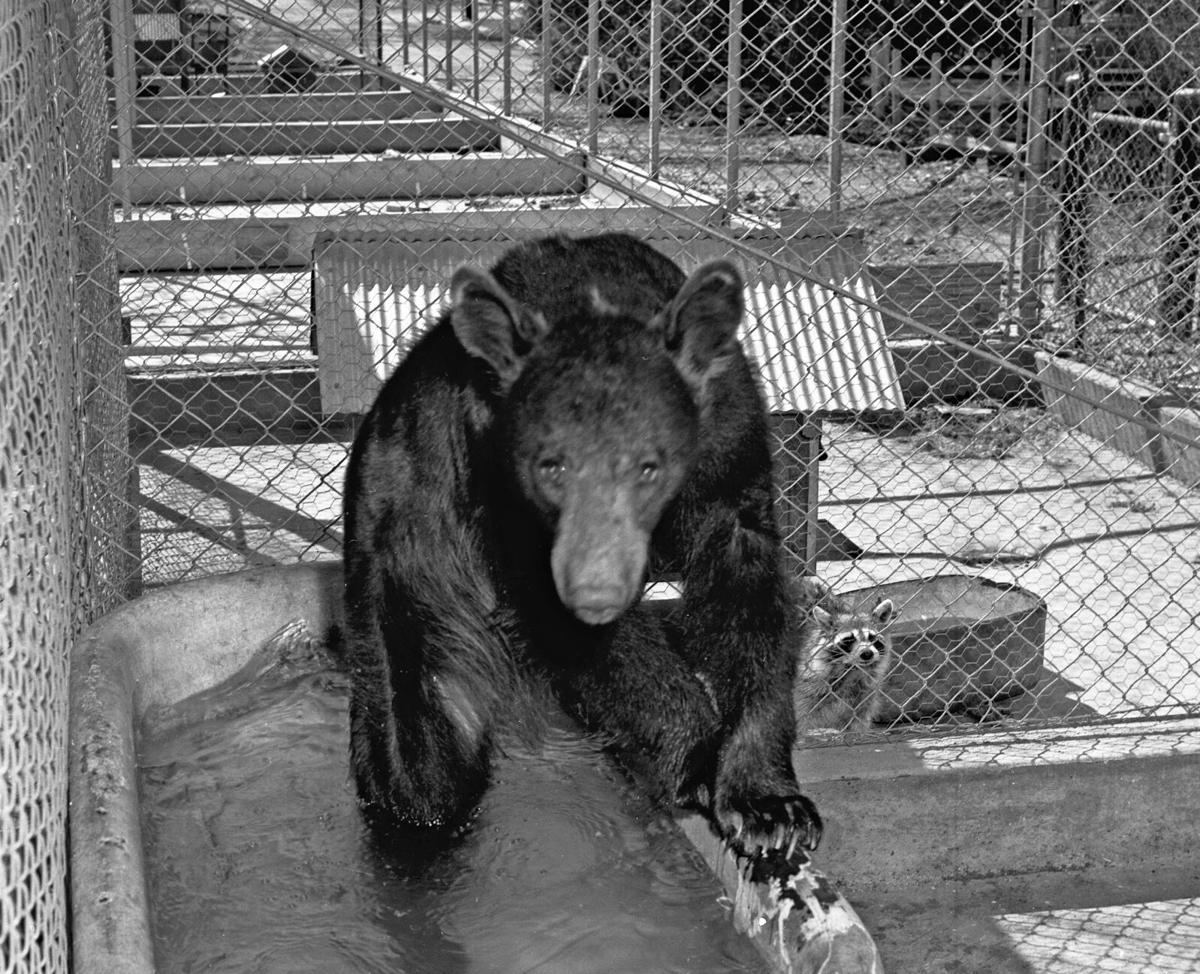 Bear taking a dip at the Riley Zoo 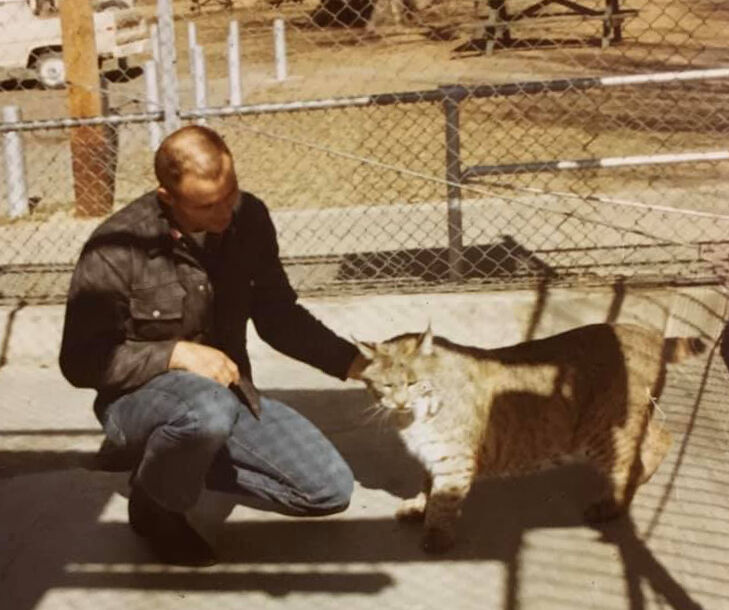 A very tame bobcat at the Riley Zoo circa 1970 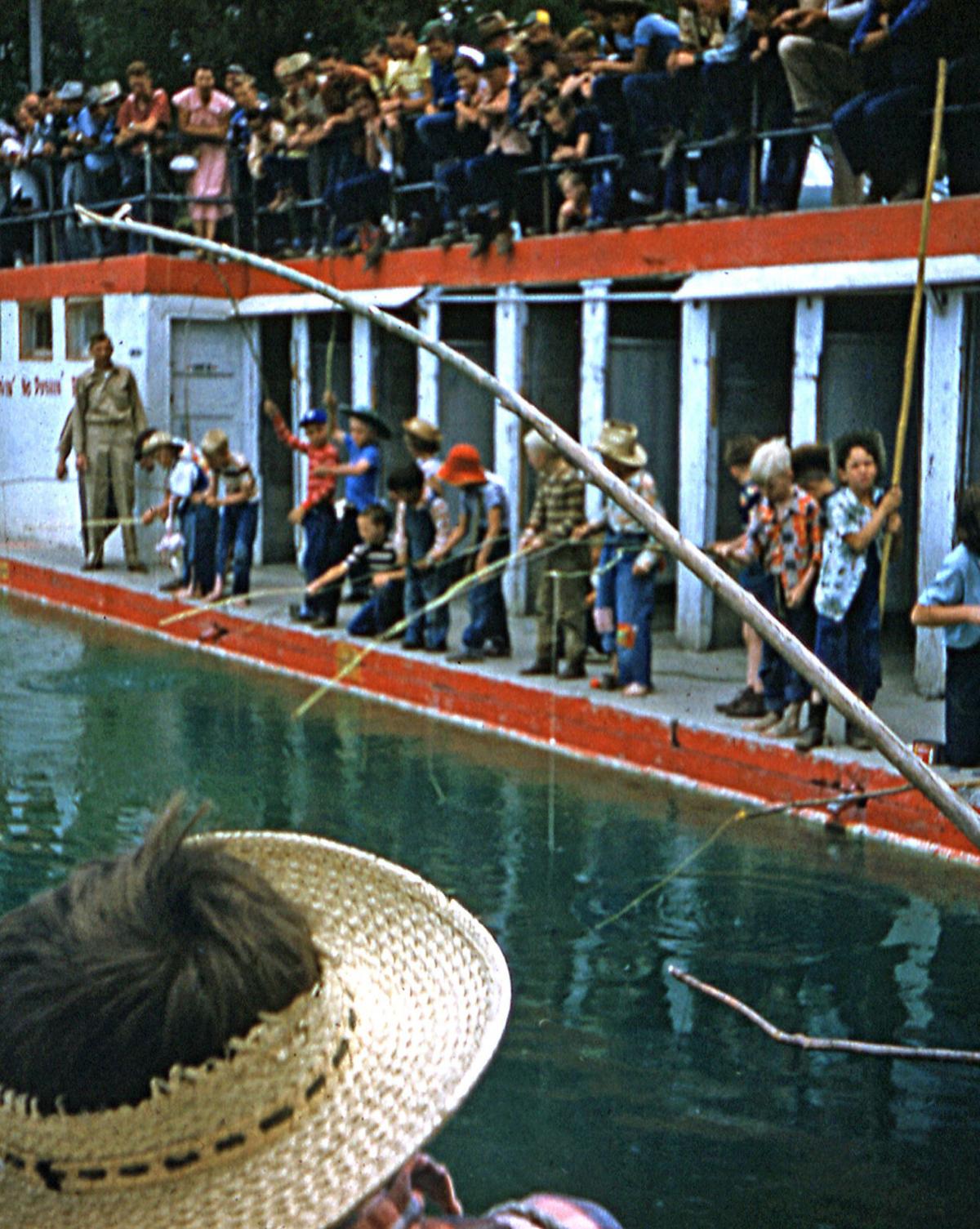 Kids fishing tournament in the 70s at the pool 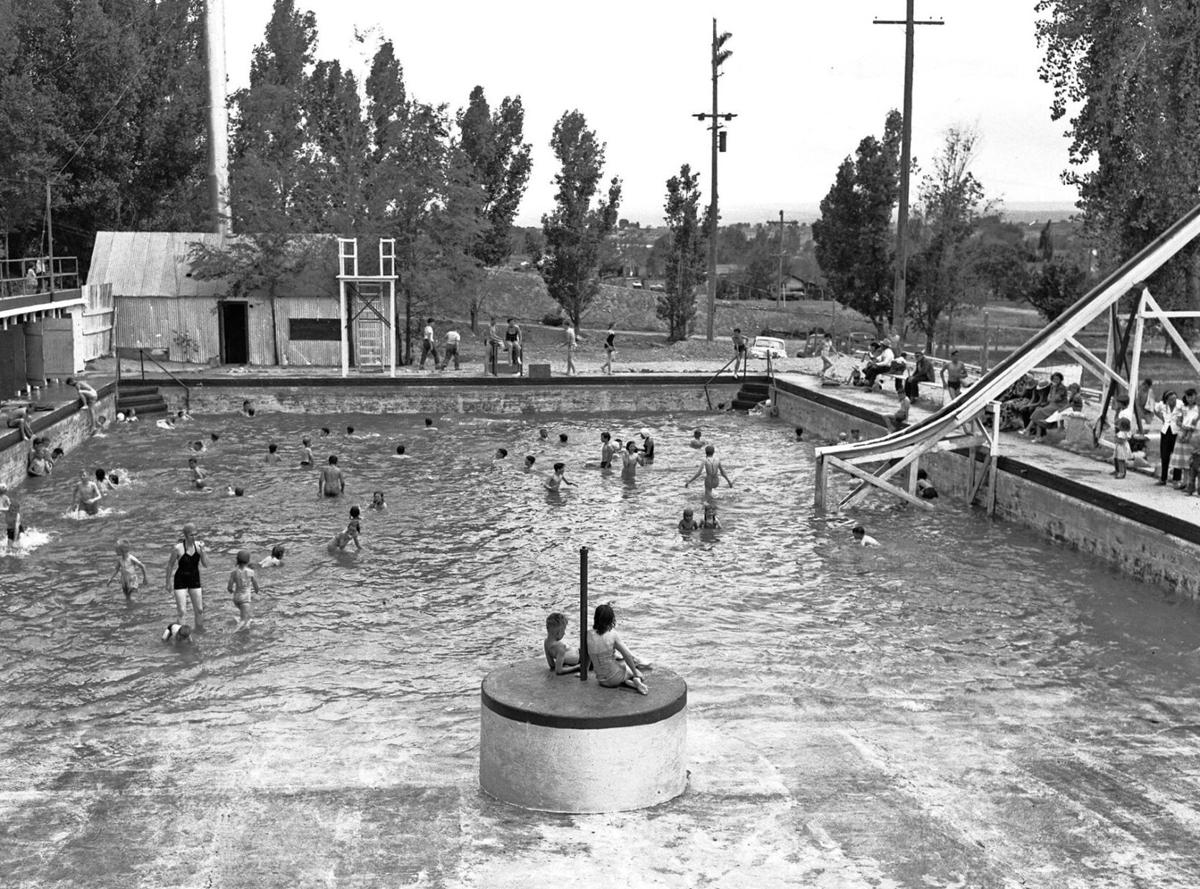 A precarious looking slide circa 1940 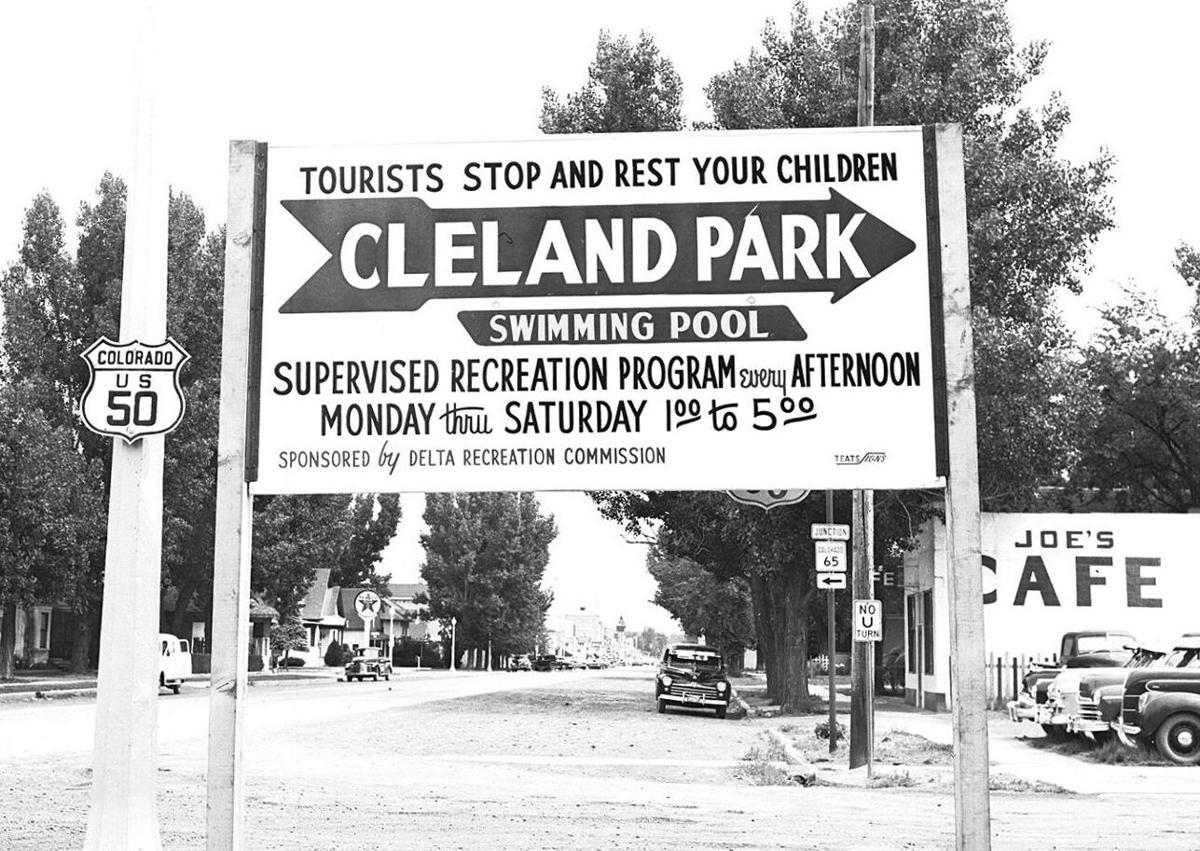 “Stop and Rest your Children” at Cleland Park

By the time the early 1920s caught up with Delta Colorado, the city had swelled to over 3,000 people residing in the town and surrounding rural community. Several young families were making their start in the burgeoning west, and industries like the Holly Sugar Factory brought many households with children to Delta. Summertime heat often drove kids to spend their days playing in the local ditches and canals. Unfortunately, this often led to complications in bacterial infections - a condition that was sometimes serious to young people before the advent of penicillin. After seeing consistent upswings in these cases, local physician Dr. Winfield Scott Cleland decided to take action.

Dr. Cleland, whose office was above the post office, advocated for the city to build a pool where young people could play and swim in a safe environment. He and his family were very invested in the town of Delta and were well known. He found support and momentum for his project with the Delta Federated Women’s Club, an organization dedicated to transforming public policy. Together with the assistance of several Delta residents, the project raised enough funds to purchase seven acres of swampland at the base of Garnet Mesa in 1924.

The city soon appointed Dr. Cleland president of the park project. All that was missing was someone to take on the formidable task of turning seven acres of boggy marshland into a hospitable park. The project team happened upon a young man who had recently moved to Delta from Illinois. Clarence Riley was twenty years old and was starting his life with a wife and child. The young handyman would prove to be dedicated, hard-working, and a formative fixture of Cleland Park for many years. He was instrumental in shaping the landscape and the features that would welcome families to the park for decades to come.

With hard work and some muscle supplied by the local Lion’s Club, Riley transformed the former wetlands into a flowering oasis for the townspeople to enjoy. Trees were brought in from all over the western slope, including spruce, cedars, mulberries, and willows. Some of these giants still stand sentry over the park. When the grass was planted and the trees took root, Clarence turned his thoughts toward a new project.

Meanwhile, Dr. Cleland was busy creating the Delta Swim Pool Stock Company. This initiative to build his pool offered shares at $100 each to any would-be investors. The Delta Women’s Club, never an organization to be outshined, held a bevy of bake sales and fundraising suppers to help the cause reach its final goal. The Cleland Pool became a reality after a whirlwind of construction that occurred in the span of 50 days during the spring of 1927. Dr. Cleland, master of ceremonies at the grand opening, proved himself to be a man of action and few words. His dedication speech was simple, “Here’s your pool. Jump in!”

The rising popularity of tennis in the United States also took hold in Delta around this time, and the Young Mens’ Civic Club formed to convince the city council to build a tennis court in the park. Al Swaim, the club’s first president, lobbied relentlessly, and eventually, a cinder-based court was constructed in 1929. By 1940, the courts were paved, and lights were installed for night-time matches. The courts have been resurfaced and reconfigured several times since then.

About this time, in the middle of the park, Clarence Riley was constructing a zoo. He began collecting animals from the area and building enclosures so that local children could learn about our regional wildlife. Pheasants, raccoons, deer, elk, coyote, bears, bobcats, and even a mountain lion were all a part of the exhibit. Most of the animals were native to Western Colorado, but there were a few monkeys in the lineup from time to time, one of which was so tame that Riley often took him to the local grade schools to the delight of children across Delta County.

Many look back on the Riley Zoo with fond remembrance. Others’ memories are bittersweet as, although they may have been excited to see the animals, the smallness of the animal’s enclosures and the conditions of their captivity left some attendees with conflicting emotions. The zoo would most likely not have been considered a humane operation by today’s standards. Still, the intentions were purely from the heart. Mr. Riley, who lost both of his sons in World War II, dedicated his life to the enjoyment of the children who visited Cleland Park. He was known to collect the detritus of bicycles and jackets left behind in the park at the end of each day, delivering them to every home and saving many forgetful kids from the wrath of their parents.

In 1962, the city of Delta decided to make the pool a year-round facility. A large sliding roof was constructed over the pool, allowing for the fun to continue throughout the winter in the indoor pool. Each spring, the days were counted until the pool would once again reveal itself to the bright summer sun. Longtime residents of Delta recall many events in the park that took place over the years. Throughout the 1970s, Huck Finn Days would find the pool stocked with fish. Local kids in overalls and straw hats would descend on the pool and line its edges armed with cane fishing poles and worms for the annual fishing contest. The pool was then drained, cleaned, and refilled for an icy swim in the fresh water.

The zoo was eventually dismantled, but Mr. Riley continued to care for the park until he retired. His iconic hat, which he wore every day, now rests in the Delta County Historical Museum as a testament to his service. The old Cleland Park Pool weathered over 60 years of splashing before it was finally put to rest. By the late 1980s, mounting repairs to the pool had become so costly that it was decided to build a new pool, and the Bill Heddles Recreation Center was constructed in Confluence Park. In a bittersweet ceremony, Ruth Wild, manager of the Cleland Pool, led a bucket brigade procession that carried water from her beloved pool to christen the new facility and honor the old.

Today Cleland Park is still a great place to enjoy a warm summer day. There is no better place in Delta to relax than in the cool grass under the shade of the old willow tree. A pavilion was built for families and gatherings on the west side of the park. It was named after Clarence Riley, the man who gave so much of his life to the children and the people of Delta. The area at the base of Garnet Mesa where the Cleland Pool once sat looks like any other grassy spot in the park. But the kids who grew up splashing in it remember their childhood refuge from the summer sun. The Riley Zoo and the Cleland Pool, like the men who made them both a reality, live on in the memories of a simpler time.

Haven House is Having a Yard Sale