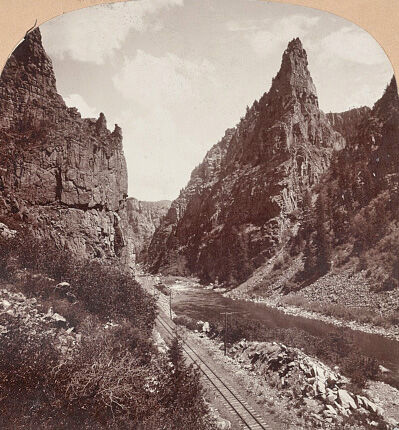 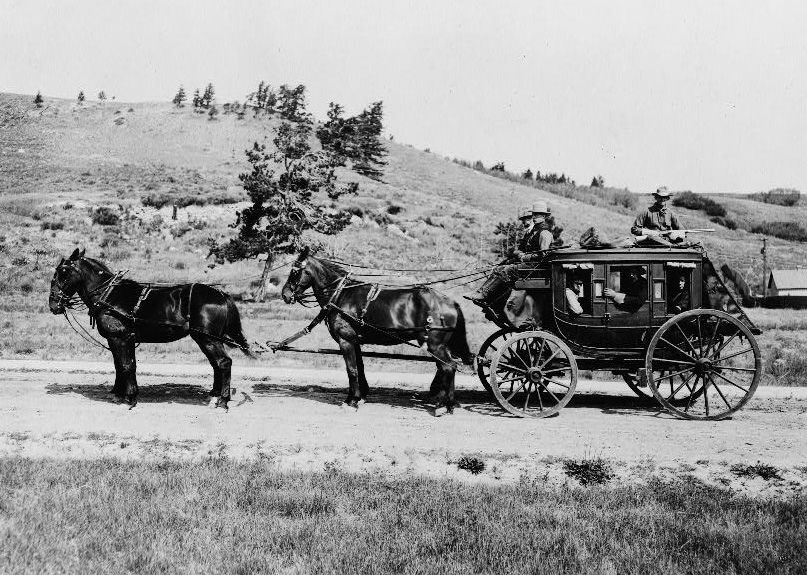 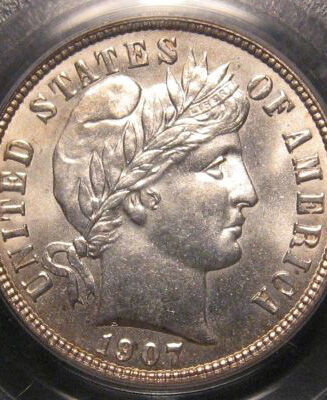 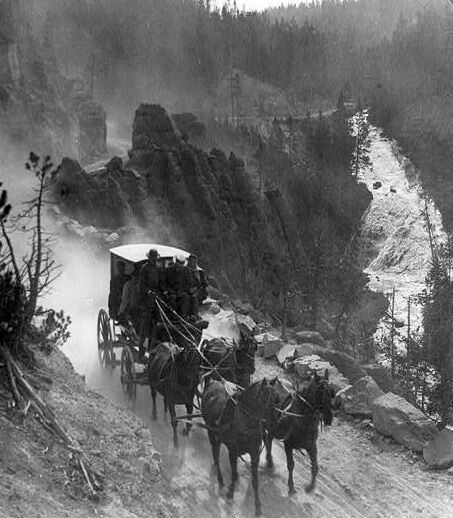 Stagecoach on a treacherous mountain road, circa 1900 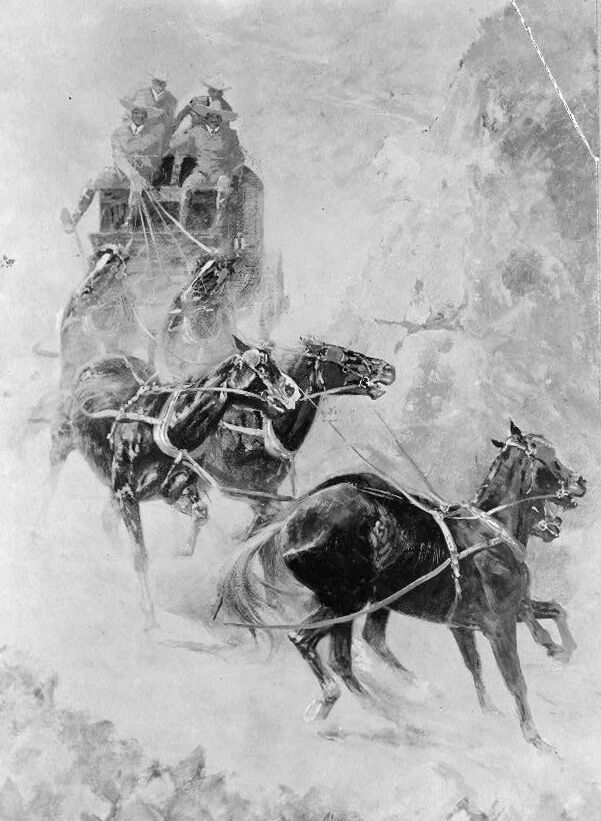 There are many secrets held within the depths of the Black Canyon of the Gunnison. The sheer magnitude of its size demands respect and many have paid the price for approaching it casually. The first European explorers to encounter the formidable chasm must surely have wept, if not in awe of its beauty, then in frustration at finding a way to the other side. Even the indigenous Utes, residents of the area for centuries, never occupied the gorge permanently. It is a mysterious, magical place that offers gold medal trout fishing, whitewater rafting and hydroelectric power, among other things. The history of the canyon is rich, including a period when the Denver and Rio Grande Railway roared through the canyon to the delight of passengers. There are tales of hermits and murder and harrowing expeditions; but the story of the lost Barber Dimes is the most mysterious by far.

Due to its impassable nature, the early Spanish and other European explorers largely avoided the canyon altogether. In the middle of the 19th Century, expeditions began to search for railroad passageways and mineral wealth but both proved to be arduous tasks. In the late 1800s, a narrow gauge railway was constructed but, after an extensive evaluation of the project, it was decided that the rails would only cover 15 miles through the canyon. Along this harrowing short stretch, first-time travelers were mesmerized by the towering walls that rose above them. One of the more famous passengers, Rudyard Kipling, had this to say about his experience, “There was a glory and a wonder and a mystery about the mad ride, which I felt keenly…until I had to offer prayers for the safety of the train."

Early travel by stage was difficult near both rims of the canyon, but these were the only paths by which to navigate around the massive obstacle that divided nearly fifty miles from east to west. However, by the early 1900s, the wagon-way through Gunnison led past the Black Canyon and had become a regular route that connected the Front Range with other roads to the Southwest. In 1907, a wagon with a valuable freight that was making the trek from Denver to Phoenix, Arizona never made it to its destination, and many believe that the North Rim of the Black Canyon was its final resting place.

The cargo of the wagon, or wagons as it is rumored, consisted of at least one keg of newly pressed Barber Dimes from the Denver Mint. Some stories say that there were several kegs aboard more than one coach and that some kegs contained quarters. Today, the value of the 1907 Barber Dime is quite high, not only for its silver content but because they were only minted for a relatively short period of time. In addition, collector value for this particular series is high due to the lore surrounding the lost dimes. If the story is true, the shipment disappeared off the map, which is not too hard to swallow considering that, at the time, the map was not completely colored in.

However, not only did the dimes disappear, but wagons, drivers and everyone else also vanished somewhere between a Crawford area ranch and Montrose. There has been much speculation about what would cause a wagon to vanish in this area. Many believe that it may have toppled into the canyon or that the stage met with some sort of irreparable damage that occurred along the route. This would explain the disappearance of the drivers. The canyon walls on the north rim are close to vertical and offer some very impressive views that make one ponder the probability of accidents. Many have speculated that the dimes somehow found their way over the edge and scattered in a sparkling rain to the depths below.

Interestingly enough, several fishermen have reported finding 1907 Barber dimes while hiking along the Gunnison River below the North Rim. Park rangers and tellers of tall tales in local coffee shops have shared these stories. Rumors spread and avid treasure hunters caught wind of the story some years ago. One group claimed to have found the wreckage of four wagons on the rim of the canyon where the side of an old trail had collapsed into a ravine. They also claimed to have found a gallon of dimes along the river bank below, but this would have only been a drop of dimes in the bucket that was lost, and this rumor is unsubstantiated, like most claims involving this spotty story.

Discussions about the possible existence of the rare silver dimes still circulate today on websites devoted to treasure seekers. However, The Black Canyon of the Gunnison is a national park and any sort of digging is expressly prohibited there. This would render searching with metal detectors a useless exercise, but if it’s exercise you’re looking for, you’re sure to find that. Nearly 50 miles of the most rugged and impossible terrain awaits any would-be searchers. The only treasure you are likely to take home after the long hike down and back is a photograph of a golden sunset on the rim.

It has been well over 100 years since the dimes lost their way. As each year passes, the chances of this mystery ever being solved grows ever slimmer. Many have argued as to what exactly waylaid the shipment. It is unknown if there was other cargo accompanying the dimes and It would be passing foolish to discount the possibility of bandits interfering or that some sort of foul play occurred in any situation where valuables disappear in the middle of nowhere. However, this doesn’t account for the reported dimes that have been found. We may never know the truth, but If the rumors and local lore are to be believed, there could still be lost dimes somewhere in the Black Canyon. It might not be a bad idea to keep your eyes down next time you visit.